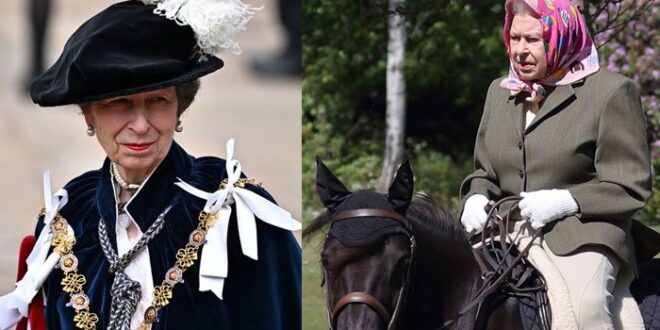 Queen Elizabeth II left behind her beloved pony Emma after she breathed her last in Windsor Castle on September 8.

Princess Anne and her daughter Zara could be the royal family members to take on the responsibility of looking after the horse.

During her conversation with New York Post, author Claudia Joseph expressed: “It is likely that the queen’s daughter Princess Anne and [her] daughter Zara, who were both Olympic equestrians and well-known horse lovers, are likely to be involved in what happens next to the queen’s [horses].”

Groom Terry Pendry told Daily Mail, “The queen adored Emma and rode her for more than 20 years so it was only right she should have been there, and she behaved impeccably.

“I think she probably had some sort of sixth sense that Her Majesty wouldn’t be riding her anymore and she did her proud by standing there so respectfully,” the expert added.

Moreover, Queen also left behind a couple of corgis – Muick and Sandy, who will reportedly live with Prince Andrew and Sarah Ferguson after the monarch’s demise.

A source told Newsweek: “The corgis will return to live at Royal Lodge with the duke and duchess. It was the duchess who found the puppies that were gifted to Her Majesty by the duke.”

Previous ‘I’ve paid everything they claimed I owed’
Next Air Force Academy diversity training tells cadets to use words that ‘include all genders​,’ drop ‘mom and dad’