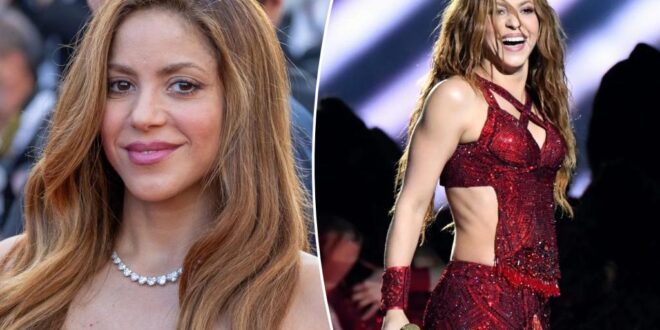 ‘I’ve paid everything they claimed I owed’

Shakira maintained her innocence as she denied the mounting tax evasion allegations against her.

The “Hips Don’t Lie” hitmaker, 45, said she’s endured the “darkest hours” of her life as the Spanish government threatens her with up to eight years in prison if she’s found guilty of stiffing the country of millions of dollars in taxes.

The Colombian pop star has been in the throes of a legal battle for allegedly failing to pay $14.7 million in taxes when she lived in Spain between 2012 and 2014, a time she claims she did not live in the country.

Prosecutors insist Shakira did live in the country during that time and said she bought a home in Barcelona in May 2012. They said she lived there with her former partner Gerard Piqué and their son, who was born in Spain in 2013.

At the time, Shakira’s official residence was in the Bahamas but prosecutors claim she spent most of her time in Spain.

“I’ve paid everything they claimed I owed, even before they filed a lawsuit,” she told Elle magazine.

“So as of today, I owe zero to them. And finally, I was advised by one of the four biggest tax specialist firms in the world, PricewaterhouseCoopers, so I was confident that I was doing things correctly and transparently from day one.”

The singer added, “However, even without evidence to support these fictional claims, as they usually do, they’ve resorted to a salacious press campaign to try to sway people, and apply pressure in the media along with the threat of reputational damage in order to coerce settlement agreements.”

The “She Wolf” crooner slammed the claims as “false accusations,” telling the outlet she plans to fight the case as a “matter of principle.”

She said “Spanish tax authorities do this often” to both celebrities and “unjustly to the regular taxpayer.”

The “Whenever, Wherever” singer, who’s sold more than 80 million records worldwide, has repeatedly maintained her innocence and said she previously paid a $17.5 million debt to the Spanish tax office and doesn’t owe them anything else.

She remains firm that she has “enough proof to support my case and that justice will prevail in my favor.”