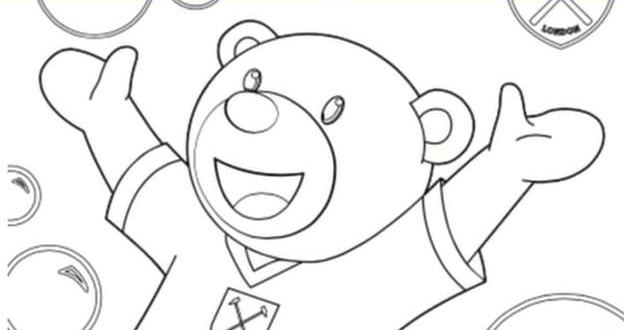 West Ham gambling sponsor Betway has been fined £400,000 by the Gambling Commission for marketing on the kids’ section of the club’s website.

Last year, BBC Sport found the Hammers’ website included a direct link to bet on a ‘colouring in’ page which featured a picture of a teddy bear.

West Ham were one of seven clubs with links to betting sites from children’s pages, which break regulators’ rules.

The commission has not confirmed or denied if any action will be taken.

Betway was fined a total of £408,915 for also having the firm’s link on West Ham’s ‘Young Hammers at Home’ webpage.

Leanne Oxley, Gambling Commission director of enforcement, said: “Protecting children from gambling harm is at the heart of what we do.

“Although there is no suggestion that the operator was deliberately targeting children, or that children had been allowed to gamble, we take the breach of any rules aimed at protecting children extremely seriously.

“We note the remedial actions since taken by licensee but advise all operators to learn from this case and ensure that they take responsibility and have the correct processes in place so that websites directed at children do not include advertisements for gambling.”

James Grimes from campaign group The Big Step said: “This is one of the worst examples of gambling advertising in football and so action is welcome but fines are not enough and not a deterrent – this won’t be the last time a gambling company advertises their products in front of children.

“By continuing to promote gambling across football, clubs are risking the health and lives of their own young fans – the stakes really are too high. This is yet more evidence that the government must end all gambling sponsorship in football and get on with it.”

A statement from Betway added: “On this occasion, the Betway logo – owing to a technical error – appeared on a restricted section of the West Ham United website. As soon as we were made aware of this error, we took immediate action to get it removed.

“Nonetheless, we accept the fine and will continue to work closely with the club to ensure this does not happen again.”