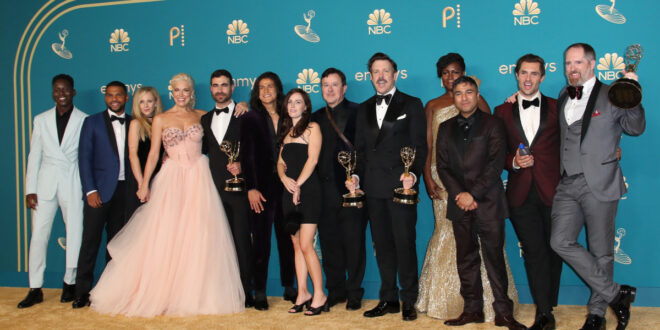 Ted Lasso fans, get ready to have your chance at playing as a Greyhound.

EA Sports announced that AFC Richmond from the hit Apple TV+ sports comedy/drama show will be a part of its FIFA 23 video game. The team will be under the Rest of the World category, but will be playable in career mode, online friendlies, kickoff and online seasons. An added bonus—beloved coach Lasso will be available in career mode.

“I am truly fortunate, and deeply grateful, to have had many special moments in my career thus far, and I consider this experience among the best of them,” Jason Sudeikis, who plays the coach, said in a statement. “As long-time fans of EA SPORTS FIFA, having Ted Lasso and the whole AFC Richmond squad incorporated into the newest version of the game is truly a dream come true for myself and the rest of the fellas.”

Nelson Road Stadium as well as characters Roy Kent, Sam Obisanya, Jamie Tartt and Dani Rojas will be featured in the game. Brett Goldstein, who plays Kent, said in a statement, “It is so f—ing cool to be in FIFA. I’m not sure this is going to help dispel the CGI rumours but f— it, totally worth it. I look forward to beating my nephew in a game with me as Roy Kent and him as Jamie Tartt. He’s gonna be furious.”

Previous Scotland 3-0 Ukraine: How Steve Clarke’s side spurred on by summer of hurt
Next TikTok’s BeReal clone app is gaining traction outside the US