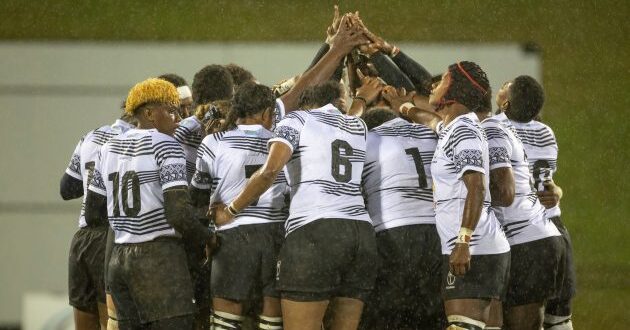 Fijiana, who played their first Test in 2006, qualified for this World Cup by beating Samoa 41-13 at the 2019 Oceania Rugby Women’s Championship.

They have built up to this tournament by playing Australia and Japan in May before winning this year’s Oceania Championship, during which they beat Papua New Guinea by a record margin of 152-0.

A handful of former Fiji men’s players are in the back-room team. Head coach Senirusi Seruvakula, who won one cap in the back row in 2002, is joined by fellow internationals Inoke Male (lineout), Greg Smith (scrum), Asaeli Tikoirotuma (backs) and Mosese Rauluni (defence).

A lot of this squad were part of the Fijiana Drua’s Super W-winning side and they will be hoping to catch teams out with attacking skills, be it deft offloads or fast footwork.

As well as all the Fijiana Drua players, the World Cup squad includes six sevens players who won bronze at the Olympics and silver at the Commonwealth Games.

Asinate Serevi, the daughter of sevens legend Waisale, is also included having switched from the USA under the new eligibility rules.

Sereima Leweniqila will captain the side and Senirusi Seruvakula said: “She has been one of the standout players and she had played a lot of games for Fijiana and that’s one of the reasons why we have decided her to be the captain and she got the backing of the senior players.

“A lot of girls have stepped up as far as their performance is concerned. These girls have experience playing at the international level, they just need the confidence to play on the world stage.”