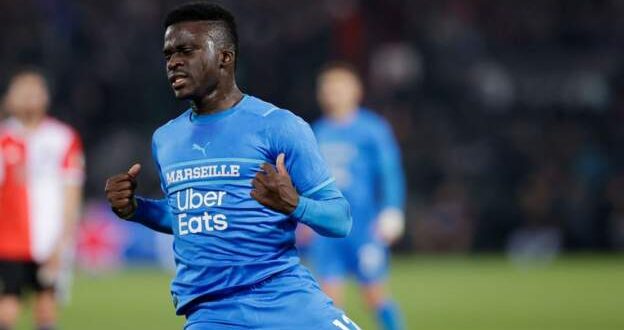 Bamba Dieng may not have been a household name before Thursday but the Marseille forward is now known to many after an eventful 24 hours saw him pretty much steal transfer deadline day.

It all started fairly normally when the 22-year-old forward appeared to be signing for Leeds United… with chairman Andrea Radrizzani even tweeting to announce a deal had been done.

“Let’s welcome Bamba Dieng and we will continue to work on Gakpo,” he said about a failed attempt to sign PSV Eindhoven’s Cody Gakpo.

Simple, right? Far from it.

In stepped Ligue 1 side Nice to intervene and hijack the deal. Dieng had been at the airport waiting to fly to Leeds when the offer came in.

Radrizzani went back on social media to tweet: “Part of the madness of deadline day. We have been screwed up. It happens even to the best ones.”

But that wasn’t the end of the story.

Dieng, on the verge of signing a 9m euros move to Nice, then suffered a minor problem with the medical and the deal was off.

Back to Marseille he goes – 2022’s Peter Odemwingie – albeit more famous than when he left.