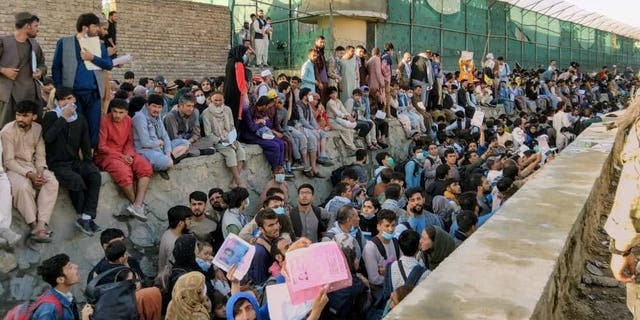 Last US soldiers out of Afghanistan: ‘It was mission success or we were going to die’

Some U.S. troops recounted to Fox News Digital what it was like on the ground at Kabul Airport during the final day of the military withdrawal, talking about the difficult circumstances as well as the inspirational attitude with which the service members carried out their daunting task.

“None of the pictures I’ve seen do those crowds justice. Those crowds of just humanity stretched for miles outside of all three of those gates once the gates were attacked,” William Callen, a retired U.S. Marine gunner who helped with on-the-ground logistics in Afghanistan, recalled.

“We had no mutually supporting position if we lost the airfield. There was nowhere to fall back to. It was mission success or we were going to die.”

SOME OF THE FIRST TROOPS INTO AFGHANISTAN CELEBRATE VICTORIES, LAMENT FAILURES

President Biden set a goal to withdraw all U.S. troops by Sept. 11, 2021, but he pushed for an earlier wrap-up as the Taliban swept through the countryside and toppled the sitting government. The incursion only added to the chaos around Kabul as even regular citizens sought to escape the country before the Taliban could take control.

Crowds of people wait outside the airport in Kabul, Afghanistan, Aug. 25, 2021, in this photo obtained from social media.
(Twitter/David Martinon via Reuters/File Photo)

The situation led to the deaths of 13 U.S. service members and at least 170 Afghan civilians when an Isis-K suicide bomber attacked the Hamid Karzai International Airport Aug. 26, 2021.

“A marine expeditionary unit are the only ones that are trained to reinforce embassies and actually do a noncombatant evacuation operation … but no one trained to this scale of what [the evacuation] turned into,” Callen explained, adding that the troops ended up “inventing tactics on the fly, minute by minute, hour by hour.

“If one tactic to get a gate open and start getting people in stopped working, we had to shut the gate down, come up with another tactic and hopefully that would work on the gate.”

Sgt. Nicholas Miller-Assous told Fox News’ Bill Hemmer the focus during the final month had been to “evacuate as many people as we could,” with troops and officers asking at every step, “Can we take more? Can we just take two more?”

The U.S. continues to process Afghan refugees one year after the withdrawal concluded. President Biden promised not to leave until every American citizen had left the country, but reports soon revealed that at least 450 Americans had remained in the country. 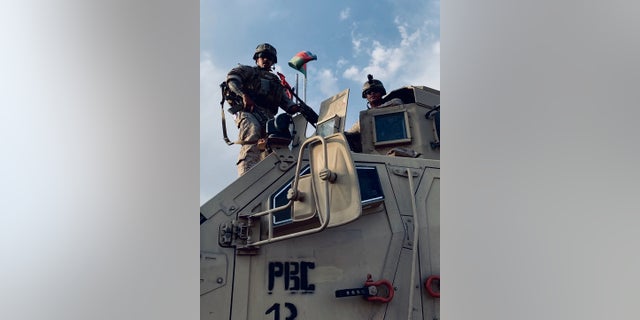 The lack of experience with such overwhelming conditions did not, in fact, daunt the troops. Sgt. and Marine Corps veteran Joe Laude of the 2nd Battalion 1st Marines, said there was “always potential for hostile engagements,” but stressed that “these vulnerabilities never deterred us from doing our job.

“Throughout my experience over there, it was definitely [focused on] controlling certain individuals. I always had guys by my side that were able to help push them back.”

He called the situation a “big task” for which most of the soldiers “had no experience.”

The most wearying part of the operation he could recall involved constantly turning back individuals who didn’t have the proper papers or credentials, saying it was “essentially their death sentence.”

“It was really tough to force someone who was scared for their lives back to the exit where the Taliban was waiting for them,” he said. “You know, people who didn’t deserve it, and they just didn’t have the credentials. They were very, very good people, very honest, living people … that was definitely a difficult thing to do for a lot of us.”

The troops still think about those final days in Kabul even a year later — so much so that Laude established Operation Allies Refuge Foundation to help vets work on issues related to mental health as well as help Afghan refugees move through the Special Immigration Visas (SIV) process. 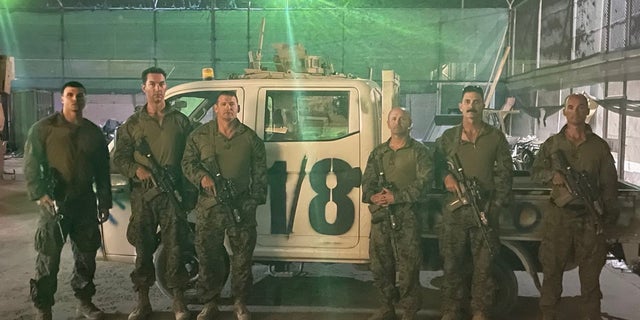 Callen recounted periods during his post at the Abbey Gate, the site of the now infamous bombing, when the troops had to work under live fire simply due to their proximity to the fleeing planes.

“We started getting shot at by a 50-caliber Russian machine gun … we couldn’t see where we got shot at, nor [could we] maneuver because we were faced to the airport. It was fixed by security,” Callen explained. “And when you’re doing things like security, you were always the hunted because you can’t move.

“We get shot at for about three hours … we could not return fire,” he continued. “Really, they were shooting at the planes on the tarmac [that] were getting ready to take off, and they were just missing. And we would just have had been in service.”

Callen was eating dinner when he heard that Afghan citizens had swarmed one of the American planes — around 7,000 people by his estimate — and they had to clear people away from the planes. 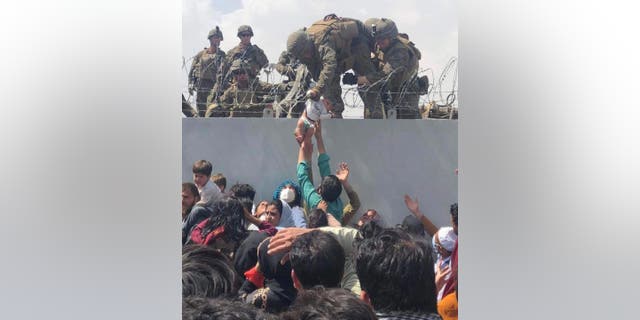 This image made available to AFP Aug. 20, 2021, by human rights activist Omar Haidari shows a U.S. Marine grabbing an infant over a fence of barbed wire during an evacuation at Hamid Karzai International Airport in Kabul Aug. 19, 2021.
(Omar Haidiri/AFP via Getty Images)

“At that time, we had a little under 200 American Marines on the east side of the airport … a little under 200 Marines went out into the dark to a fistfight probably (5,000) to 7,000 Afghan civilians, and we had to push them off the entire airfield,” he said. “We tried to create a human tunnel and funnel them out of the airfield, but the Taliban had set a checkpoint to the south of the civilian terminal. So the civilians were given a decision: Taliban bullets or our fists, and they chose our fists. The civilians never left.”

U.S. Air Force Col. Colin McCloskey told Fox News correspondent Jennifer Griffin that the Air Force did “everything they could” to get into Kabul and pull people out “short of landing on people.”

“Imagine people come across a barrier with their families and everything they have, and they’re doing whatever they can to get to safety,” McCloskey said. “In this case, safety had a big American flag on the back of it.”