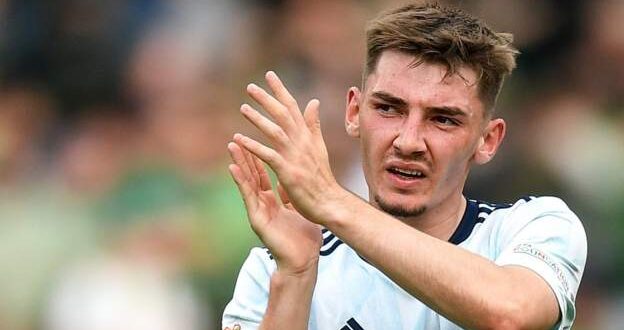 Brighton have agreed an initial £7.5m fee that could rise to £10m to sign Billy Gilmour from Chelsea.

The Scotland midfielder, 21, spent last season on loan at Norwich City and has not featured for the Blues this season.

The former Rangers youth player was an unused substitute for Chelsea in both the FA Cup and Champions League finals in 2021.

Gilmour is the second Chelsea player to join Brighton this summer, after Levi Colwill signed on loan in August.

In June, Gilmour extended his Chelsea contract to 2024 but leaves Stamford Bridge having made 21 appearances for the club.

Gilmour, who has won 15 caps for Scotland and was their stand-out player against England in the European Championships last year, impressed early in his Chelsea career.

However, he slipped down the pecking order under manager Thomas Tuchel and endured a difficult time on loan at relegated Norwich last term.

Meanhwile striker Florin Andone, who scored six goals in 30 appearances after joining Brighton in 2018, has had his contract terminated by mutual consent.

Previous Leeds United: Bamba Dieng’s England move off as he choses Nice – then fails medical
Next Aubameyang to Chelsea: After £270m spree, is striker the final piece?