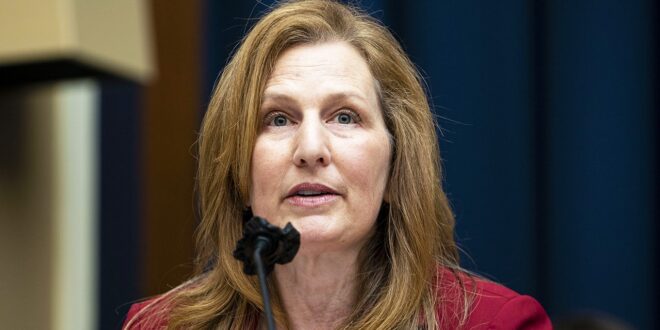 Washington Democrat Rep. Kim Schrier, who is seeking to retain her seat in the House this November, has taken nearly $40,000 from groups that support efforts to defund law enforcement, with some of the groups endorsing her candidacy in the race.

The left-leaning groups that have expressed support for defunding law enforcement and have contributed to the $36,200 total donations made to Schrier since 2018 include Planned Parenthood Action Fund, NARAL Pro-Choice, Indivisible Project Inc., the Sierra Club, MoveOn, the Human Rights Campaign, and One America Votes.

Schrier, a former pediatrician who has represented Washington’s 8th Congressional District since 2019, will face off in November against 8th District Republican nominee Matt Larkin.

From June 2018 to June 2021, Schrier has taken at least $15,500 from Planned Parenthood Action Fund Inc. on different occasions, according to online filings.

In a July 2020 blog post published by Planned Parenthood Action Fund, which has endorsed Schrier, the group attempted to outline what efforts to defund the police means and concluded that the group supports it.

Titled “Defunding the Police: What it Means and Why Planned Parenthood Supports It,” the blog post stated: “Planned Parenthood Action Fund – in solidarity with patients, staff, and supporters – stands with the Movement for Black Lives’ call to defund the police. Defunding the police means investing less in militarizing police forces and investing more in community-based solutions, education, and health care.”

“A successful plan to defund and divest from the police will look different in every city and require participation from the community,” the group added in the post, claiming that the move to defund law enforcement “doesn’t mean reducing safety.”

From October 2018 to September 2021, Schrier has taken at least $8,500 in contributions from the NARAL Pro-Choice America PAC on different occasions, according to online filings.

In a section on its website titled “Racial Justice,” NARAL Pro-Choice, which has also endorsed Schrier, stated it supports “demands” from the Black Lives Matter movement to defund police and “invest in Black communities.”

“NARAL Pro-Choice America supports the demands of the Movement for Black Lives, including defunding the police and investing in Black communities, which are a response to hundreds of years of systemic oppression and the failure of reforms to address urgent needs and injustices,” the group states. “Budgets reflect our priorities. As such, the call to defund the police is also a call for investment in Black communities—in urgent needs that are currently underfunded, like access to healthcare, education, social services, and more.”

“Through this investment, we can work to make sure every person, every parent, and every family is able to thrive,” the group added.

The Human Rights Campaign, a left-leaning LGBTQ advocacy group, states on its website that it “envisions a world where every member of the LGBTQ+ family has the freedom to live their truth without fear, and with equality under the law.”

From October 2018 to June 2022, Schrier has taken at least $5,500 in donations from the Human Rights Campaign PAC, according to online filings.

In a June 2020 article shared on its website from the HRC staff, the group, which has endorsed Schrier, highlighted a letter it sent along with 350 LGBTQ and civil rights organizations that called for a “divestment of police resources and reinvestment in communities.”

“We, as leaders in the LGBTQ movement, must rise up and call for structural change, for divestment of police resources and reinvestment in communities, and for long-term transformational change,”  the letter stated. “Now is the time to take action, and this letter amplifies our strong calls for urgent and immediate action to be taken.”

The Indivisible Project is a liberal advocacy group that describes itself online as a “grassroots movement of thousands of local Indivisible groups with a mission to elect progressive leaders, rebuild our democracy, and defeat the Trump agenda.”

In 2018, Schrier took $2,700 from Indivisible Project Inc., according to online filings.

In a May 2020 tweet from the group, amid nationwide protests following the police-involved death of George Floyd, the group attempted to show solidarity with the Black Lives Matter movement and simply wrote: “Defund the police.”

The Sierra Club bills itself as “the most enduring and influential grassroots environmental organization in the United States” that works to “amplify the power of our millions of members and supporters to defend everyone’s right to a healthy world.”

In October 2018, Schrier took $2,000 from the Sierra Club Political Committee, according to online filings.

In a June 2020 article shared to its website, the Sierra Club, which has endorsed Schrier, stated that it supports efforts to defund “policing” in an attempt to fit its climate agenda.

“The Sierra Club is committed to meeting this moment,” Sierra Club president Ramón Cruz wrote in the article. “We mobilized our members and staff to take part in massive Juneteenth rallies across the country. We added our voices to support the Movement for Black Lives’s demands: Defund the police, invest in Black communities, and get Donald Trump out of office. The board officially signed on to their platform late last week. Like so much in this moment, these demands might seem unprecedented or radical. (Although I’m sure we can all get behind the last one). Where did this push to defund the police come from? And why is the Sierra Club supporting it?”

“It comes from recognizing that the problems with policing can’t be solved through piecemeal reforms or getting rid of ‘a few bad apples.’ The whole barrel – the whole system – is rotten,” Cruz added. “We have to shift our priorities away from punishment and incarceration and toward investment in the things that actually keep communities safe, like high-quality education and housing, access to nature’s healing benefits, and mental health services. That shift in priorities will have to be accompanied by a shift in spending. Imagine a world where we always had enough money to maintain green space and public transit, because a third of our city’s budget no longer went straight into policing.”

MoveOn, a left-leaning public policy advocacy group that was formed in 1998, describes itself online as being “committed to an inclusive and progressive future” with members that “envision a world marked by equality, sustainability, justice, and love.”

In September 2018, Schrier received $2,000 from MoveOn.Org Political Action, according to online filings.

A June 2020 tweet from the group called for action amid protests in the country and stated it is time to “defund the police” and “invest in Black communities.” 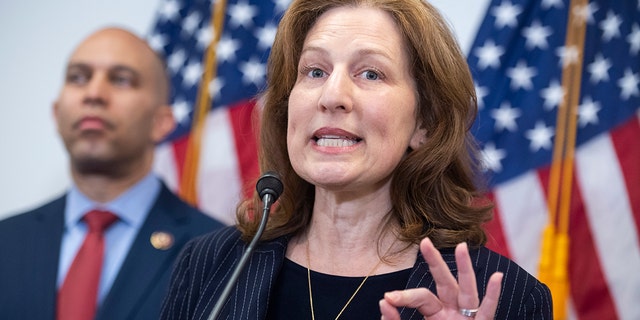 Rep. Kim Schrier, D-Wash., a former pediatrician, makes remarks on the coronavirus during a news conference after a meeting of the House Democratic Caucus in the Capitol on Tuesday, March 3, 2020.
(Tom Williams/CQ-Roll Call, Inc via Getty Images)

In addition to the other endorsements and donations she received from groups who have expressed interest in defunding police departments around the country, Schrier also received an endorsement from One America, an immigration advocacy group in Washington.

One America describes itself on the group’s website as “the largest immigrant and refugee advocacy organization in Washington State, organizing with and advocating for diverse communities including Latinx, African, and Asian.”

In June 2020, One America sent a letter to former Seattle Mayor Jenny Durkan to affirm the group’s “solidarity with Seattle’s Black and Black immigrant community” and called for a slash in funding for the Seattle Police Department “by at least 50%.”

The revelation of support for Schrier from groups that have promoted efforts to defund law enforcement comes amid a spike in crime throughout Seattle, Washington.

Seattle became a focal point of the defund the police movement in 2020, as riots and protests raged in the city that summer after Floyd’s death. 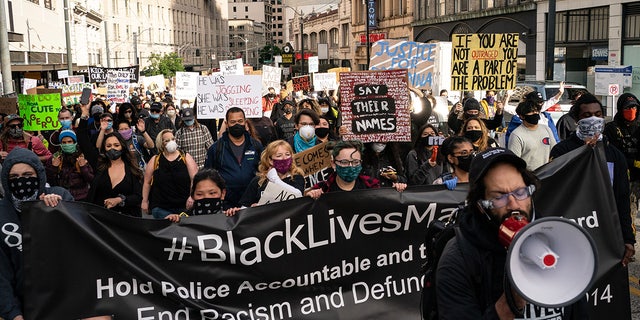 As 2020 drew to a close, Seattle data showed a precipitous rise in homicides in the city after its government defunded police. In 2019, Seattle recorded 31 homicides. That number skyrocketed by 61% the following year to 50 homicides, the highest number recorded in 26 years.

Seattle’s data on homicides follows a national trend from 2020. FBI data show murders increased by nearly 30% in 2020, marking the largest single-year increase in killings since the agency began tracking the crimes. Homicides ticked down to 42 in 2021, and the city has logged at least 27 homicides this year, according to Seattle Police data.