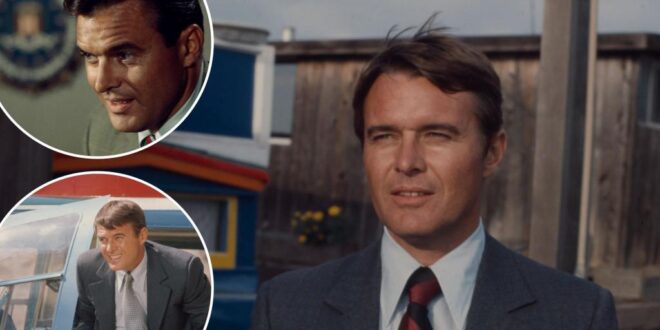 News of his death was confirmed by his son, Eric Reynolds, who revealed his beloved father died on Aug. 24.

He told Deadline his father’s cause of death was a result of non-COVID pneumonia complications.

The actor, born William Reynolds, enjoyed a glittering 40-year acting career after landing his first role in the early 1950s.

Reynolds’ early credits include “The Battle at Apache Pass,” “Carrie” and “Francis Goes to West Point,” according to his IMDb page.

In 1952, he played the son of Laurence Olivier’s character in “Carrie and Mustapha.”

The actor went on to serve in the Korean War, after which he returned to the small screen and put his name on the map.

He landed a guest role on “The Islanders,” and later appeared in an episode of “The Twilight Zone.”

Reynolds later starred in the 1967 series “Dragnet” before appearing in “Maverick.”

He also had a few film credits under his belt, including “The Mississippi Gambler,” “Gunsmoke,” “There’s Always Tomorrow,” “Away All Boats,” and “The Land Unknown.”

In 1966, Reynolds got his big break and landed the role of Agent Colby on ABC’s “The F.B.I.” which became his most famous role to date.

His stint on the show lasted two seasons before he was made a series regular and asked to stay on for six seasons.

Reynolds then bowed out from acting, and instead pursued a career in business, according to Deadline.

He was married for 42 years to actress Molly Sinclair until her death in 1992.

A public memorial service to honor Reynolds will be held on Sept. 10 at 1 p.m. at the Miller Jones Menifee Memorial Park in Menifee, California.

Previous Reporter’s Notebook: Will Pelosi stay in power in the Democratic Party after November?
Next Some of the first troops into Afghanistan celebrate victories, lament failures