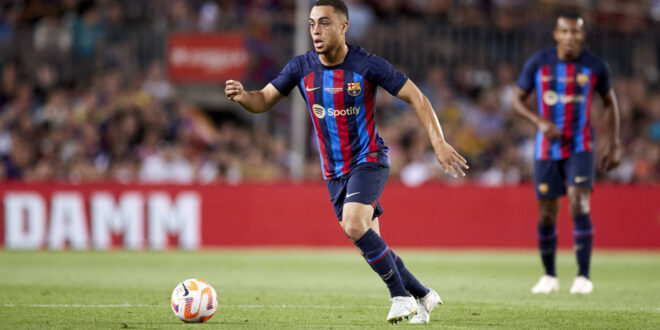 U.S. international Sergiño Dest is reportedly on the verge of leaving Barcelona to join AC Milan on loan.

According to multiple reports in Italy, including transfer insider Fabrizio Romano, the 21-year-old American will reportedly head to the Serie A champions after spending the last two seasons at the Camp Nou. With the transfer window coming to a close, Dest has also been linked with a move to Villarreal and Manchester United—the latter is managed by his former Ajax coach Erik ten Hag. But it appears a late-materializing move to Milan will win out.

With Barcelona, Dest made 72 appearances across all competitions for Barça and won the Copa del Rey in 2020–21. However, reports in Spain claim that Dest has fallen out of Xavi’s favor, and he has not been named in the any of the squads for Barcelona’s three La Liga games so far this season.

Since his U.S. men’s national team debut in 2019, Dest has made 17 appearances for Gregg Berhalter and played a key role in helping the U.S. qualify for the 2022 World Cup.

His transfer marks another big American name on the move during a busy summer for USMNT players, which continued on Wednesday with Ricardo Pepi’s loan from Augsburg to Groningen in the Netherlands.

Brenden Aaronson and Tyler Adams both joined Jesse Marsch at Leeds, while three of the U.S.’s goalkeepers have moved as well, with Zack Steffen being loaned to Middlesbrough from Manchester City, Matt Turner joining Arsenal on a full transfer and Ethan Horvath going on loan to Luton Town from Nottingham Forest.

One player who appears to be staying put, however, is Christian Pulisic, with Chelsea reportedly denying the player a summer move despite his wish to secure more playing time.