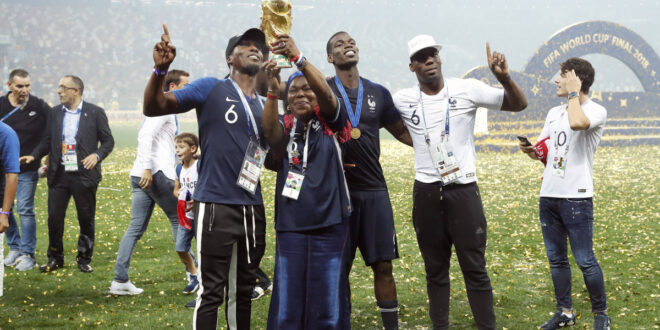 French authorities have opened a police investigation into Paul Pogba’s allegations that he is being extorted by an organized gang, according to the Agence France-Presse (AFP).

The news comes after Mathias Pogba, one of Pogba’s brothers, released a video on Instagram threatening to make “great revelations” about the Juventus star and his agent, Rafaela Pimenta.

The Paris prosecutor’s office confirmed to the Associated Press on Monday that an investigation was opened this month into attempted organized extortion. Per the Associated Press and France-Info, Paul Pogba told police that a group of childhood friends tried to intimidate him and demanded €13 million euros from him after they claimed he didn’t support them since becoming a global star. Per the report, he also alleged that Mathias Pogba was present with the group when they confronted him at Juventus’s training ground this year.

AFP also reported that large sums of money were being demanded from Pogba in order to avoid the release of compromising videos.

“They are in addition to threats and extortion attempts by an organized gang against Paul Pogba,” read a statement signed by Pogba’s lawyers, Pimenta and Pogba’s mother, per AFP. “The competent bodies in Italy and France were informed a month ago and there will be no further comments in relation to the ongoing investigation.”

Mathias Pogba, who last played for French fourth-division side ASM Belfort in the spring, said in his video this weekend that “the whole world, as well as my brother’s fans, and even more so the French team and Juventus, my brother’s teammates and his sponsors deserve to know certain things.”

A winner of the World Cup with France in 2018, Paul Pogba’s 2022 World Cup chances are in doubt after suffering a knee injury this summer. The 29-year-old joined Juventus from Manchester United on a free transfer last month.

Previous Motorola Edge (2022) review: a passing grade
Next Camilla or Meghan – Who drove a wedge between Prince Charles and Harry?