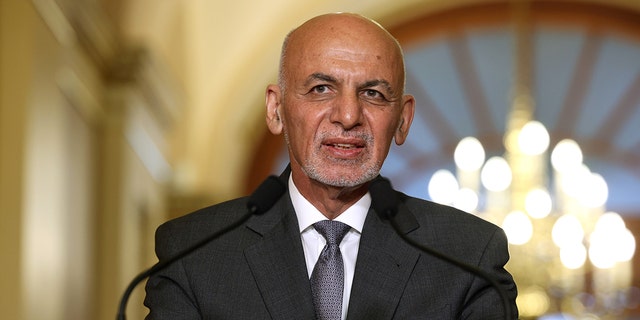 A year after a Taliban offensive through Afghanistan descended on Kabul and overthrew the Islamic Republic of Afghanistan, questions remain about the actions of the failed republic’s last internationally-recognized president, Ashraf Ghani.

“No power in the world could persuade me to get on a plane and leave this country. It is a country I love, and I will die defending,” Ghani infamously told Germany’s Der Spiegel in May 2021.

However, Ghani broke that promise just a few months later, gathering his family and flying out of Afghanistan as Taliban forces overran Kabul. The former president faced immediate criticism for what some called cowardly actions, while reports began to circulate that Ghani had fled with millions of dollars from Afghanistan’s treasury.

Rumors spread In the days after Ghani fled his country that he had landed in neighboring Tajikistan or Uzbekistan, but it was later revealed that he made his way to the United Arab Emirates and remains there in a house at an undisclosed location.

The UAE welcomed Afghanistan’s former president and his family on humanitarian grounds, where Ghani quickly set out to defend his actions.

“Dear countrymen! Today, I came across a hard choice; I should stand to face the armed Taliban who wanted to enter the palace or leave the dear country that I dedicated my life to protecting and protecting the past twenty years,” Ghani said in a Facebook post hours after leaving the country. “The Taliban have made it to remove me, they are here to attack all Kabul and the people of Kabul. In order to avoid the bleeding flood, I thought it was best to get out.”

Less that a month later, the former president again explained that he left Afghanistan to avoid heavy fighting in the nation’s capital during an apology to the Afghan people.

“Leaving Kabul was the most difficult decision of my life, but I believed it was the only way to keep the guns silent and save Kabul and her 6 million citizens,” he said in a statement that was posted to Twitter.

A U.S. report from the Special Inspector General for Afghanistan Reconstruction (SIGAR) would later find that there was a lack of evidence to support the claim that Ghani fled Afghanistan with millions of dollars, but did say it was likely he had about $500,000 on hand.

“Although SIGAR found that some cash was taken from the grounds of the palace and loaded onto these helicopters, evidence indicates that this number did not exceed $1 million and may have been closer in value to $500,000,” Special Inspector General John Sopko wrote in a letter to House and Senate leadership. “Most of this money was believed to have come from several Afghan government operating budgets normally managed at the palace.” 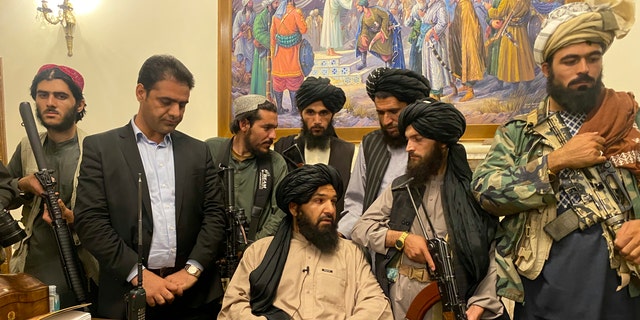 In the months after his exit from Afghanistan and his social media statements, Ghani mostly kept a low profile. That changed earlier this month, with Ghani granting a rare interview to CNN in which he again defended his last days as president.

“I did get on a plane because it became impossible to defend it,” Ghani said during the interview, noting that he was told by his minister of defense that the country could no longer be defended and that the ministry had already been evacuated.

“I was the last to leave, and the reason I left was because I did not want to give the Taliban and their supporters the pleasure of yet again humiliating an Afghan president,” he said.

Ghani used the interview to criticize the “incredibly flawed” agreement with the Taliban negotiated under former President Trump and carried out by President Biden, but made clear that he does not blame the U.S. for the collapse of the government he oversaw.

“We need to focus on what is now in front of us,” Ghani said. “Our country is in dire condition. I do not have the luxury to engage in blaming or [a] sense of betrayal.”

He also dismissed comparisons between himself and Ukrainian President Volodymyr Zelenskyy, arguing that the situation he faced was much different from Ukraine’s leader, who opted to stay in his country as Russian forces closed in on Kyiv. 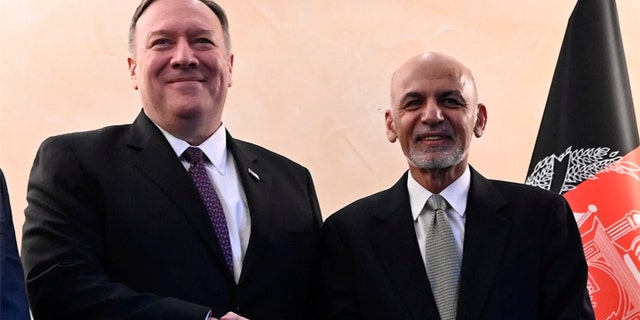 “President Zelenskyy was informed in detail by the CIA of the forthcoming Russian invasion,” Ghani argued. “We were not offered a single piece of paper by our allies.”

However, Ghani also expressed hope that he could one day return to Afghanistan, pointing out that his family has been in the same village for 500-600 years.

“I hope so. Very much. It’s my home,” Ghani said of a potential return to Afghanistan. “I want to be able to help my county heal… and I hope to be able to do that from the place that every cell of my body belongs and without which I always feel alien.”

The former president did not waiver when confronted with criticism of his final act as Afghanistan’s leader, stressing that he always did what he thought was in the best interest of his country’s people.

Previous How much do parents hate their kids’ music? We may have the answer
Next Lady Gaga stuns in bedazzled skeleton dress during Chromatica Ball world tour