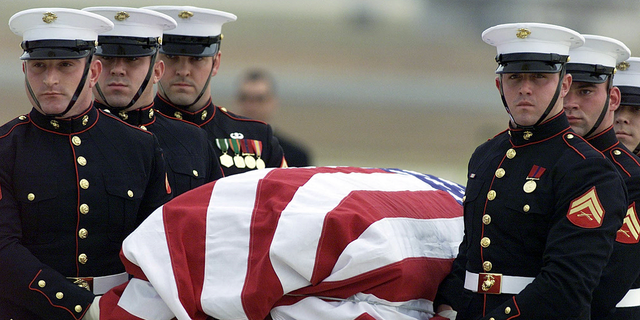 Daughter of first American killed in Afghanistan: Mike Spann’s legacy is greater than a ‘headline on the news’

Retired Green Beret Perry Blackburn discusses how he and fellow veterans are working to conduct rescue missions and the struggles they’re facing from the admin on ‘Fox News @ Night.’

The daughter of the first American to be killed in combat in Afghanistan tells Fox News Digital she wants people to remember him not as a “headline on the news,” but as a trailblazer who was among the earliest to volunteer and “do what he thought he needed to do” there following 9/11.

Alison Spann made the remark about her father, Johnny “Mike” Spann, as military families across America are preparing to mark the 1-year anniversary of the turbulent U.S. withdrawal from Afghanistan.

Mike Spann, a CIA officer, died in a November 2001 Afghanistan prison revolt shortly after interrogating John Walker Lindh, a captured Islamic militant dubbed the “American Taliban” for joining and supporting the terrorist organization in the wake of the Sept. 11 attacks.

“I think my dad has received a lot of attention solely because he was the first American killed after 9/11 and for me, I will never know Mike Spann as an adult, I am always going to know him from the lens of a 9-year-old kid,” Alison Spann told Fox News Digital in an interview.

IN THE ROOM WITH THE TALIBAN: WORDS FROM ONE OF THE ONLY FEMALE REPORTERS LEFT IN AFGHANISTAN

The body of CIA officer Johnny “Mike” Spann is carried by a Marine honor guard from an Air Force aircraft on Dec. 2, 2001 at Andrews Air Force Base
(Reuters)

“I have heard so many stories about him from his friends, his colleagues, my family and I don’t want people to remember him as a headline on the news, you know, ‘Mike Spann, first casualty, or Mike Spann, CIA officer first killed after 9/11,” Spann continued. “I think that what I would like people to remember is the kind of person he was.”

Spann says her father described himself as an “action person” and that his time in Afghanistan reflects that.

Spann, who now works as a news anchor and reporter for WLOX in Mississippi, says it is “heartbreaking” to see what life is reverting back to in Afghanistan one year after the Taliban reclaimed power. 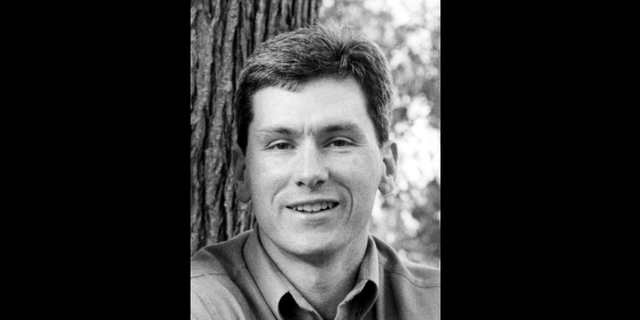 Johnny “Mike” Spann, 32, shown in this undated family photo, worked for the CIA’s clandestine service, the Directorate of Operations.
(Reuters)

“I think today it still feels surreal that that’s how things ended in Afghanistan. I certainly never thought at nine when I lost my dad over there that we would still be in this war by the time I was 30, but to see it end in such chaos was really heartbreaking,” she told Fox News Digital.

“There are allies still over there in Afghanistan… these are people that risked their lives and the safety of their families’ lives to assist us in our time of need while we were over there working in Afghanistan,” Spann said. “And it’s really heartbreaking to see that we have essentially abandoned them. I can’t imagine what that makes us look like on the world stage.”

Spann also expressed concern about the restrictions the Taliban have been imposing upon women. Those freedoms being taken away, she says, resonates more with her following a 2002 trip to the war-torn country shortly after her father’s death.

“I initially didn’t even want to go. I was terrified, as you can imagine of going to a country where not only my dad was killed but where I perceived it to be filled with people who committed the attacks on 9/11,” she said. “But what I experienced there was totally different.” 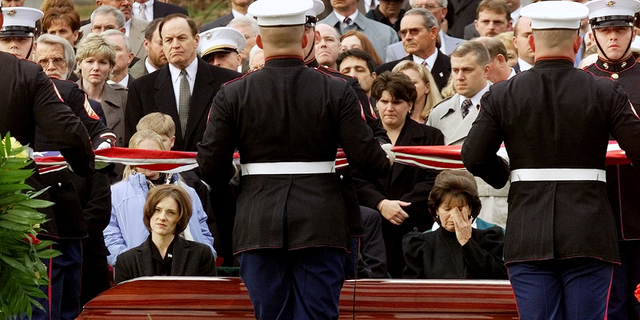 Shannon Spann, seated left, widow of Johnny “Mike” Spann, the CIA officer killed during a violent prison uprising in Afghanistan, and his mother, Gail Spann, seated right, watch an honor guard from the U.S. Marines fold a flag during a funeral ceremony at Arlington National Cemetery, on Dec. 10, 2001.
(Reuters)

“I experienced just extremely humble and grateful people and I got the opportunity to visit a women’s shelter and an orphanage and the orphanage was full of children who had lost both their parents at the hands of the Taliban and Al Qaeda,” Spann told Fox News Digital. “I got to go to a women’s shelter and hear the stories of how these women have lost their hands for the simple act of going to the grocery store or a market without a male member of their family. They were so grateful. They just kept saying ‘thank you, thank you for what the Americans are doing over here, thank you for your father.’”

Spann said the trip “totally transformed what I thought about Afghanistan and to look back at 9-year-old me, seeing these kids who had lost everything at the hands of the Taliban and hearing these stories of these women, to know that things have reverted back,” is “heartbreaking.”