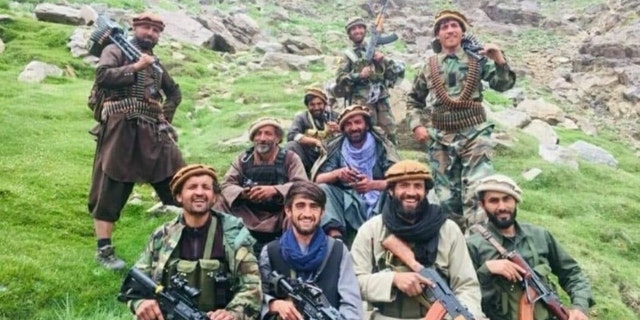 How significant is resistance to the Taliban in Afghanistan?

When the Taliban swept across Afghanistan and caused the collapse of its western-supported government last year, it declared itself the legitimate government of the country and promised to finally bring peace and security to the Afghan people.

However, a resistance movement is seeking to challenge Taliban rule, growing its opposition to the organization in the country’s Panjshir Valley.

“There’s something there… there’s potential there,” Bill Roggio, the managing editor of the Long War Journal, told Fox News. “They’ve done this in the past. You had the Northern Alliance previously, these are fervent anti-Taliban individuals.”

Roggio’s comments come as Afghanistan’s National Resistance Front (NRF), a group made up of local volunteers and former Afghan military and police forces, have sought to grow their movement over the last year. Members of the organization were forced to regroup and reorganize themselves after the Afghan government collapses and U.S. military forces departed, eventually gaining a stronghold in the historically anti-Taliban Panjshir Valley.

The remote region of Afghanistan was once home to the Northern Alliance, which waged a civil war against the Taliban after it took control of the country for the first time in 1996. After the September 11, 2001, terrorist attacks in the U.S., American and allied special operations forces linked up with Northern Alliance fighters to topple the Taliban government.

The leader of the new movement, Ahmad Massoud, has deep connections to the old Northern Alliance. Massoud’s father, Ahmed Shah Massoud, was a revered leader of the former organization before he was assassinated by al-Qaeda operatives two days before the terror attacks in the U.S.

Ali Maisam Nazary, the head of foreign relations for the NRF, told Fox News Digital that the younger Massoud has inspired the growing resistance, which he says continues to recruit new fighters who aim to one day retake Afghanistan.

“We started from two valleys,” Nazary said. “Today, we are present in 12 provinces inside Afghanistan.”

Nazary boasted that NRF forces have found success on the battlefield, claiming that during one battle, NRF fighters captured 40 Taliban forces, while in other recent battles, they killed 40 more.

“We have been highly successful,” Nazary said. “The Taliban haven’t had any military victories… they’ve shown their weaknesses and basically every single military option they’ve had they have exhausted.”

Nazary said the Taliban has brought many forces into the region, including some of their most elite fighters; however, it has had little to no success rooting out the NRF. The NRF has had increased luck recruiting new fighters as a result of its success, Nazary said, helping grow its forces into something that they hope can one day mount an offensive capable of taking territory.

The narrative painted by Nazary stands in stark contrast to that of the Taliban, who have strongly denied that fighting has been happening in the region. Shortly after the last of the U.S. troops left Afghanistan, the Taliban fought with the remaining pockets of resistance in the Panjshir Valley, and it claims to now have full control of the security situation there.

Roggio said part of the challenge with tracking how strong the resistance truly is stems from a lack of reliable information, noting that the Taliban has been successful in keeping the fighting away from major cities and containing it to the country’s most remote areas. There is also a lack of reporting from independent press, who depend on the Taliban to gain access to the area and are often only able to see what the Taliban wants them to see.

‘SAVE OUR ALLIES’ VP CALLS OUT STATE DEPT. FOR DELAYS IN AFGHAN SIV PROCESSING: HANDS ARE ‘TIED’

According to a Washington Post report in June, locals in the contested valleys have cast at least some doubt on the Taliban’s narrative. Reports of heavy fighting and casualties have spread from village to village, while civilian casualties have also increased as a result of the fighting.

Roggio believes the truth likely rests somewhere between the competing narratives, arguing that the NRF represents a threat to the Taliban but the Taliban still maintains the upper hand in terms of areas it controls and equipment it possesses.

“They obviously are not merely a nuisance,” Roggio said of the NRF.

Roggio noted that the NRF campaign is mostly dependent on guerilla tactics currently and a growing movement could help them take control of contested areas with strong anti-Taliban sentiment. However, for the organization to be truly successful in its long term objectives, it would need some sort of support, most likely from countries friendly to its cause.

Nazary spends much of his time lobbying for international support, basing himself out of Washington D.C., and Tajikistan in an attempt to sell the NRF as a legitimate challenger to Taliban rule, he told Fox News Digital. He paints the fight as a continuation of the U.S. and allied war on terror, pointing out that NRF forces have also engaged in fighting against terrorist organizations such as al-Qaeda and the Islamic State.

“We don’t characterize the current resistance as a civil war,” Nazary said. “This is the continuation of the global war on terror. However, our allies abandoned the struggle more than a year ago, and we’re all alone fighting international terrorists.”

However, finding support from the international community for a renewed fight against terrorism in Afghanistan has proved difficult, with western governments showing little interest in supporting an armed uprising against the Taliban.

That reality was made more clear in July when the U.S. State Department said it does “not support organized violent opposition” to the Taliban. Instead, the U.S. is calling for the various factions in Afghanistan to settle their differences diplomatically.

UK, US KEPT TERRORISTS FROM AFGHANISTAN FOR 20 YEARS WITH OUR HEROIC PARTNERSHIP

The State Department’s position only served to enhance the NRF’s feeling of abandonment after the U.S. ended its time in Afghanistan, Nazary said. He pointed out that just over one year ago, the U.S. government supported the Afghan military in its fight to resist a Taliban takeover of the country.

“They were funding these forces, they were supporting these forces,” Nazary said. “All of a sudden, the policy has changed 180 degrees. How was it legitimate when NATO had a presence in Afghanistan, but it’s illegitimate today?”

“As far as I can tell that’s official U.S. policy, which I think is insane but here we are,” Roggio said of the State Department’s position.

However, Roggio believes the NRF could represent a legitimate threat to Taliban rule, especially if the organization eventually does find a sympathetic ear from the international community. He noted, however, that the group has a long road ahead and will face significant difficulty in achieving its objectives.

“It’s hard to judge how successful they’ll be,” he said. “They look to be viable.”

For his part, Nazary struck an optimistic tone, noting that the resistance to Taliban rule is only in the first phase. He argued that the NRF will continue to grow its capability, saying the leadership will be deliberate with their planning ahead of moving into an offensive phase.

“Right now, it’s easy for us to take over districts… especially in the north,” Nazary said. “But taking a district is much different from sustaining control over it. So we want to guarantee that once we start taking districts…. we’ll be able to sustain control.”

Nazary said the NRF is moving slowly toward that goal, and it is not yet ready to move into a new phase of the war. He did, however, express confidence in the group’s ability to reach that point.

“We are determined to continue, and we are convinced that the days of Taliban occupation in the north are numbered,” he said.

Previous Afghanistan one year later: How daily life in the war-torn country has changed since the Taliban’s takeover
Next NATO flagship ‘breaks down’ shortly after leaving port: report