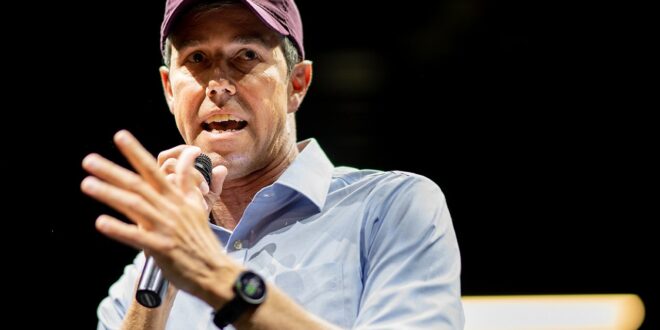 Texas gubernatorial nominee Beto O’Rourke is among many Democrats who are using TikTok in an effort to rally more votes ahead of next week’s midterm election.

In the past several days, O’Rourke has been posting videos centered around his key campaign message, namely gun control, expanding Medicaid, and protecting abortion access.

While many politicians use social media to campaign or for media purposes, O’Rourke’s use of TikTok suggests an uphill battle to drive voter turnout.

Former President Barack Obama was recently featured in the TikTok series “Under the Desk” with creator Vitus Spehar. In the video, Obama urged people to register to vote and support Democrats to enact new climate restrictions, gun control laws, and expand abortion rights.

Polls indicate that rampant inflation and rising crime are top of mind for voters who believe that the Republican Party is better equipped to handle the economy than incumbent Democrats.

Early voting data from Texas is spelling bad news for Democrats. As of Tuesday evening, around 3.8 million votes had been cast. According to data reviewed by Fox News Digital, Republican Primary voters currently have a nearly half a million voted advantage over voters with Democratic Primary history.

Previous White House won’t say if it plans to pay for Twitter or if republic will survive GOP takeover of Congress
Next Football and mental health: Defying the game’s ‘hypermasculine’ culture of silence