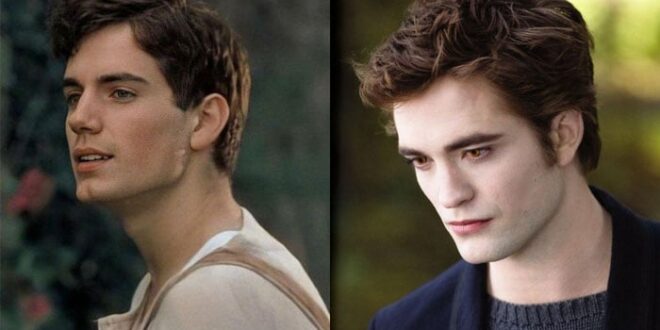 In 2017, while announcing that her book, Twilight Saga was being optioned by Summit Entertainment, Meyers wrote on her blog, “The most disappointing thing for me is losing my perfect Edward. Henry Cavill is now 24 years old. Let us have a moment of quiet in which to mourn…”

Further along, Meyers described other potential actors who could play the lead but she was convinced that the “only actor I’ve ever seen who I think could come close to pulling off Edward Cullen is….(drumroll)…. Henry Cavill.”

Cavill recently appeared on an episode of the Happy Sad Confused podcast, where he addressed that notion of him in the role of Edward Cullen.

The actor, 39, shared that he had no idea Meyer viewed him as the “perfect Edward” until after the first Twilight movie was made. He also added that since he didn’t even know about the role, he feels no rivalry with Pattinson.

Cavill lost out on the Twilight part because he was older but the Man of Steel actor admitted in an interview during The Graham Norton Show that he doesn’t consider missing out on big parts a bad thing.

“Essentially, I got close to a bunch of stuff and didn’t get it, but it’s funny that people think that’s a bad thing,” Cavill said. “In Hollywood — or in the acting industry — everyone’s trying to get a role and they’re not necessarily getting them. And so, to get an opportunity to be in the limelight by missing out on the big roles is actually a good thing as opposed to a bad thing. And I count my lucky stars for each one of those.”

Previous Adele reveals we’ve been pronouncing her name all wrong
Next Iran sent more than 3,500 drones to Russia for its war against Ukraine: intel dossier