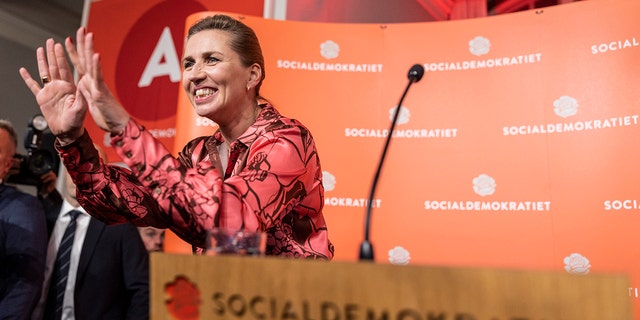 Despite finishing first in Denmark’s election, Prime Minister Mette Frederiksen decided to step down along with her Social Democratic government Wednesday in an attempt to build a broader coalition across the political divide.

Frederiksen’s announcement came after a dramatic vote count in which the center-left bloc that has backed her since 2019 retained its majority in Parliament by a single seat.

In theory, the 44-year-old Social Democratic leader could have stayed in power as head of a minority government. But she said she would stick to promises made before Tuesday’s election to try to form a wider governing coalition that includes parties on the center-right.

“I am happy, proud, and grateful,” Frederiksen said. “It has been a very difficult few years to be prime minister: first the pandemic, now inflation. A lot indicated that a sitting government would not achieve reelection.”

Frederiksen handed her resignation Wednesday to Queen Margrethe, Denmark’s figurehead monarch. Frederiksen will remain as prime minister in a caretaking capacity until a new government is formed.

Frederiksen called the election last month amid fallout from her government’s contentious decision to cull millions of minks as a pandemic response measure. The cull and chilling images of mass graves of minks have haunted Frederiksen since 2020 and eventually led to cracks in the center-left bloc.

Denmark’s Prime Minister and head of the the Social Democratic Party Mette Frederiksen speaks during the country’s general election night at the party in Copenhagen, Denmark, Tuesday, Nov. 1, 2022.
(Nikolai Linares/Ritzau Scanpix via AP)

On Tuesday, the Social Democrats won 28% of the vote, or 50 seats in the 179-member Danish Parliament. Exit polls and early results had suggested the center-left parties together would not gather the 90 seats needed for a majority. They were one seat short until the very end of the ballot count, when the decisive seat flipped.

Before that, former Prime Minister Lars Løkke Rasmussen appeared set to become kingmaker. His newly formed Moderate party won 9% of the vote for 16 seats, according to the full vote count, which was preliminary. Final results were expected later.

Løkke Rasmussen, a two-time government leader who lost the 2019 election to Frederiksen and abandoned the center-right Liberal party following an internal power struggle, said he would support Frederiksen’s attempt to form a government, but not necessarily with her as prime minister.

“I know for sure that Denmark needs a new government,” he told jubilant supporters in Copenhagen. “Who is going to sit at the end of the table? We do not know.” 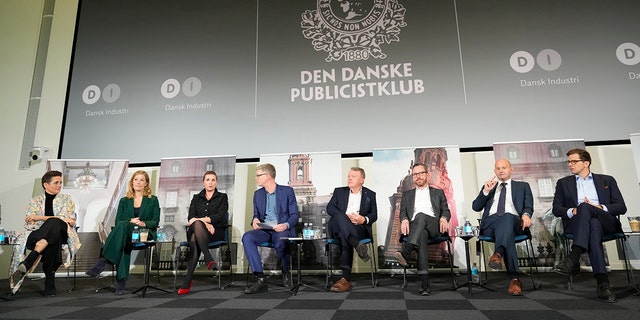 Election results from Greenland, an autonomous Danish territory which has two seats in the legislature, confirmed early Wednesday that the center-left bloc would have a one-seat majority in Parliament.

Some of Frederiksen’s former partners expressed disappointment that she opted to seek a broader coalition rather than continue to govern with support from the center-left. Troels Bøggild, an associate professor of political science at Aarhus University in western Denmark, said Frederiksen now has two options for forming a new government.

“Either go with the Moderates (at the center) and the Liberals, and if that fails, she can crawl back to the red bloc and form a government there,” he said. “By resigning, she shows that her election promises to build a broad center government are serious.”

Frederiksen said a broad coalition would be better placed to face major challenges such as inflation, climate change and shortcomings in the public health care system. 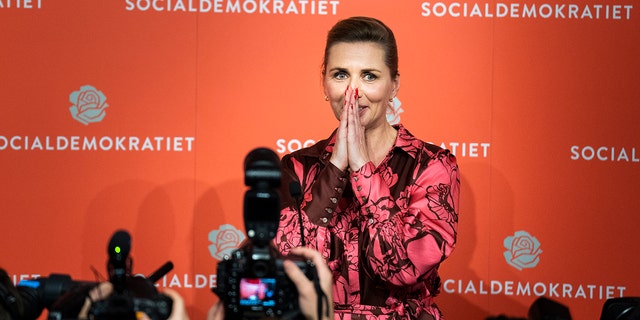 Denmark’s Prime Minister and head of the the Social Democratic Party Mette Frederiksen speaks during the country’s general election night at the party in Copenhagen, Denmark, Tuesday, Nov. 1, 2022.
(Martin Sylvest/Ritzau Scanpix via AP)

Before the election, opposition leaders Jakob Ellemann-Jensen of the Liberals and Søren Pape Poulsen of the Conservatives dismissed the idea of joining forces with Frederiksen, saying they aimed to form a center-right government. The center-right bloc won 73 seats, well short of a majority, after a poor showing by the Liberals.

Frederiksen, who became Denmark’s youngest prime minister when she took office in 2019 at age 41, teamed up with the opposition to increase NATO-member Denmark’s defense spending in the wake of Russia’s invasion of Ukraine. Her steadfast leadership during the COVID-19 pandemic was partly overshadowed by the mink-culling episode.

The decision to slaughter up to 17 million minks to protect humans from a mutation of the coronavirus was taken in haste and without the required legislation in place. It dealt a devastating blow to Danish mink farmers, even though there was no evidence the mutated virus found among some minks was more dangerous than other strains.