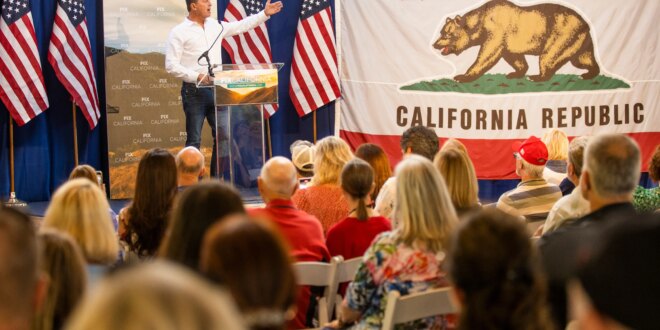 EXCLUSIVE: “Fix California” founder Amb. Ric Grenell says the Golden State is “about to be hit with a conservative tsunami” after the organization registered thousands of new right-leaning voters ahead of Election Day.

The 501(c)(4) nonprofit organization is currently registering more than 10,000 conservative voters a month in California – a traditionally blue state – and working to engage as many conservatives as possible to “advance common sense values” in the state. It is also addressing the “most pressing issues” for “freedom-minded individuals,” including election integrity and conservative engagement.

“Fix California” used voter and consumer data to identify more than 1.4 million unregistered voters in the state who identify with the organization’s conservative mission.

“This is the type of investment and work that has been missing in California for decades—and it’s why so many conservative voters flee the state,” Grenell, who served as acting director of National Intelligence during the Trump administration and in a number of other top roles, told Fox News Digital. “I decided I am not moving—I am going to lead the fight to restore the values and policies that made California the place everyone wanted to live.”

Their efforts seem to be making a difference.

Fox News’ Power Rankings has identified shifts in races for California congressional districts where the organization has been focusing on registering voters, including in counties like Los Angeles, Orange, Ventura, Riverside and San Diego ahead of the midterm elections.

Two districts in the Los Angeles area are shifting right. The first is California’s 27th district in Northern Los Angeles County, where incumbent GOP Rep. Mike Garcia is facing Democrat Christy Smith. The race had been ranked as a toss up, but has shifted to leans Republican. 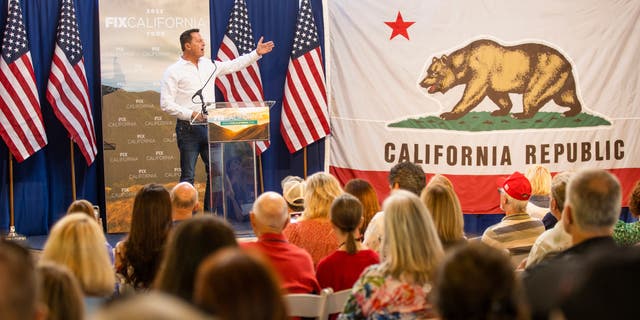 FOX NEWS POWER RANKINGS: REPUBLICANS EXPECTED TO CONTROL HOUSE, BUT BOTH PARTIES HOLD ON TO PATHWAYS IN SENATE

The other is California’s 47th district, just south of Los Angeles, including Irvine and Huntington Beach. There, the incumbent Democrat, Rep. Katie Porter, is facing Republican former Assemblyman Scott Baugh. The race has shifted from leaning Democrat, to a toss up.

The race in California’s 49th congressional district between Democrat Rep. Mike Levin and Republican Brian Maryott has also shifted from leaning Democrat to a toss up.

“This isn’t about politics or even one election cycle,” Grenell told Fox News Digital. “It is about making sure California is a state that provides opportunity, prosperity, and safety for generations to come.”