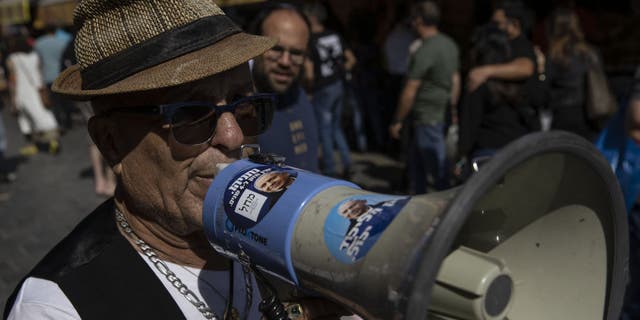 JERUSALEM – Tuesday could be a big day for former Israeli Prime Minister Benjamin Netanyahu. As Israelis returned to the polls for a fifth time in less than four years, the former Israeli leader is growing increasingly hopeful that a whirlwind election campaign and more than a year in opposition will be enough to propel him back into power.

However, his path to the premiership is complicated. First by the fact that he is currently embroiled in a high-profile criminal trial that includes charges of bribery, fraud, and breach of trust, and secondly by the other political parties he might need in order to build his future coalition, which includes a faction made up of controversial far right-wing politicians.

Netanyahu, the longest-serving leader in Israel’s history, was ousted in the last round of voting in March 2021. Since then, he has watched from the opposition bench as his rivals – first Naftali Bennett and now Yair Lapid – ran the country with a fragile government coalition that included, for the first time ever, a controversial party from the country’s minority Arab sector.

In an interview on Friday with Fox News Digital, Netanyahu said that he felt confident he could win this election and return to power with a more solid and ideologically aligned government.

Supporters of Benjamin Netanyahu take part in a rally Oct. 28 in support of the former prime minister. Voters go to the polls Nov. 1 to decide on ‘Bibi’s’ immediate political future.
(Photo by Mostafa Alkharouf/Anadolu Agency via Getty Images)

WATCH: BIBI ‘EYE TO EYE’ WITH TRUMP, ‘DIVERGED’ WITH OBAMA ON PEACE AND POWER, TOUTS ‘SHARING VALUES’ WITH US

“I think there’s a very good chance we’ll win this time because people have tasted the difference,” Netanyahu said, adding, “They put in a different government that made an alliance – and this will shock you with the Muslim Brotherhood. They’re actually part of the existing coalition that was unraveled and that is unfathomable because these people don’t recognize the Jewish state and they support the terrorists who seek to murder Israelis.”

Netanyahu said he believed that many Israelis wanted to see him return, leading a government that is “committed to Israel as a Jewish state” and “to restoring a powerful economy and a powerful military and security for all Israelis.”

Netanyahu’s confidence about returning to power is reflected somewhat in polls published over the past few weeks that show he might have an easier time getting re-elected than Yair Lapid, who has served as interim prime minister since June, when Bennett announced his withdrawal from Israeli politics after calling the election five months ago. However, he also faces a myriad of challenges that could leave him permanently ousted.

While Israel’s fragmented parliamentary system means that no single political party can win an election outright, the polls suggest that a group of right-wing, religious parties that have committed to supporting Netanyahu’s leadership bid could collectively garner the requisite number of seats in Israel’s parliament, the Knesset, to form the next government. 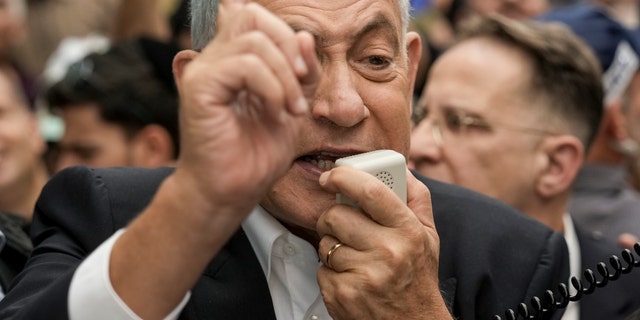 Likud Party head and former Israeli Prime Minister Benjamin Netanyahu speaks to his supporters as he visits at Hatikva Market in Tel Aviv, Israel, Friday, Oct. 28, 2022, during his campaign ahead of the country’s election. Israel is heading into its fifth election in under four years on Nov. 1, 2022.
(AP Photo/Ariel Schalit)

In order to form a ruling coalition, Netanyahu needs 61 Knesset seats out of a possible 120. Polls published Friday, the final day polling is allowed under the law, show Netanyahu and the parties committed to his return reaching only 60 – although with a margin of error and final days of intensive campaigning that number could certainly rise.

“Any small changes in the vote choice between the camps or within the camps can have a significant impact,” said Dr. Liron Lavi, a lecturer in the Department of Political Studies at Bar Ilan University.

Additionally, Lavi pointed out that while Netanyahu might certainly choose to form a government with the parties that have backed him through the campaign – two ultra-Orthodox Jewish parties and a nationalist religious party – if his own Likud Party succeeds in garnering a larger number of voters, he would be better positioned to negotiate an alternative coalition, possibly with the party headed by the current Defense Minister Benny Gantz. 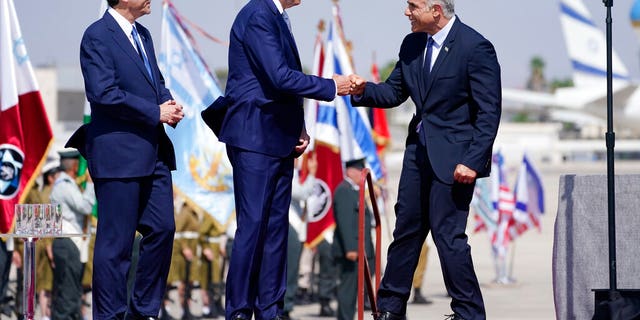 “It’s not surprising that over the past week or so the two main parties [Likud and Lapid’s Yesh Atid] have played the large party card – we know that in the Israeli political system it is not the largest party that forms the government but whoever can form a coalition,” said Lavi. “In this election, however, the size of the party is crucial, especially for Likud, because a large Likud will give Netanyahu the flexibility to choose his coalition partners.”

Netanyahu has faced criticism both within Israel and outside for saying he is willing to include the national religious party – Religious Zionism – in a future coalition. The confab, which consists of three far-right parties, features characters such as Itamar Ben-Gvir, a disciple of the American Rabbi and Knesset Member Meir Kahana, who was assassinated by a terrorist in New York in 1990, and Bezalel Smotrich, a former Transport Minister, who is an outspoken advocate for Israeli settlement on lands Palestinians hope for a future state.

ISRAEL ELECTION: WITH DIVISIONS DEEPENING, ISRAELIS TO DECIDE IF NETANYAHU SHOULD RETURN TO POWER 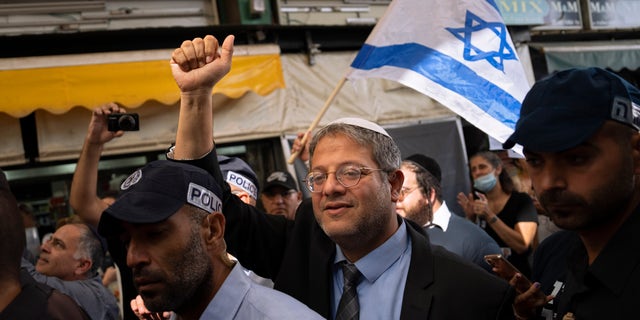 Israeli far-right lawmaker and the head of the “Jewish Power” Party Itamar Ben-Gvir visits at Hatikva Market in Tel Aviv during his campaign ahead of the country’s election on Nov.1 as Israel heads to its fifth election in under four years.
(AP Photo/Oded Balilty)

Ben-Gvir and Smotrich have come under fire in the past for derogatory comments toward the country’s minority Arab population, and both have declared far-reaching plans to overhaul the country’s judicial system, which they claim is corrupt, biased, and far too powerful. The two have also hinted at their willingness to halt the criminal proceedings against Netanyahu, a step that has those opposed to his return up in arms.

When asked by Fox News about Ben-Gvir’s party joining his coalition, Netanyahu called the concern “ridiculous.”

“I’ve had parties on my right, including a party of this same persuasion, and they didn’t control the policy,” Netanyahu told Fox. “For God sakes, we’re the biggest party I’m the prime minister, and we control policy.”

“I always questioned the people who level this question against me,” he continued.”I said, Where were you when the current government has made a coalition with the Muslim Brotherhood that wants to see the disappearance of Israel and doesn’t accept the United States as currently formed? How come you’re speaking of people who recognize the Jewish state, who support the IDF, or who have been cleared by our Supreme Court, which vets all the parties? It just doesn’t make sense.”

On Monday, with less than 24 hours to go until the polls open, Netanyahu made a dramatic announcement that he was growing concerned about voter turnout for those affiliated with Likud and called an emergency strategy meeting at his headquarters in Tel Aviv. His failure to win 61 seats for his bloc or increase the size of his Likud party could, this time, end his political career for good, some local pundits say.

Jonathan Rynhold, who heads the Department of Political Studies at Bar Ilan University, said that there was a good chance of Netanyahu challenging the legitimacy of the election results if he did not get 61 seats.

“He will have seen that Trump did this and although I do not expect the equivalent of 6th Jan. in Israel, Netanyahu can cause a lot of chaos in the political system if he challenges the results,” said Rynhold. “This will be more likely if the results are very close.

Ruth Marks Eglash is a veteran journalist based in Jerusalem, Israel. She reports for Fox News Digital and covers the Middle East and Europe. She is a Senior Correspondent for Jewish Insider and previously served as the Deputy Bureau Chief for The Washington Post and as Deputy Managing Editor and senior reporter for The Jerusalem Post. Originally from the U.K, she has also freelanced for numerous news outlets including the Huffington Post, USA Today, and the Christian Science Monitor. Ruth can be followed on Twitter @reglash