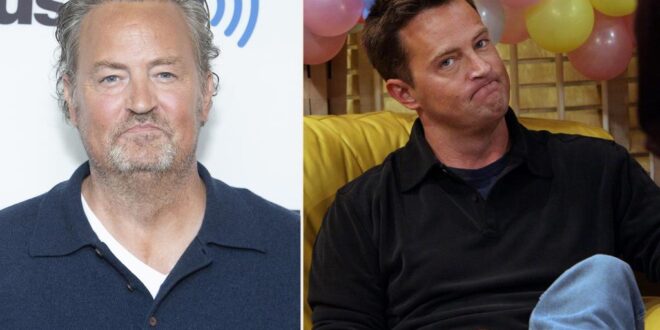 Could he be any more honest?

“Friends” star Matthew Perry has revealed tons of secrets in his new memoir, “Friends, Lovers, and the Big Terrible Thing,” and the latest revelation centers around “Chandler speak.”

The 53-year-old actor claimed he couldn’t stand the way his character emphasized certain words in the first five seasons of the hit show — even though he came up with the idea himself.

He said he “had to beg the producers” to stop writing his lines that way.

“That particular cadence — could it be more annoying? — had been so played out that if I had to put the emphasis in the wrong place one more time, I thought I’d explode, so I just went back to saying lines normally, for the most part in Season 6 and then beyond,” he wrote in the book, according to Variety.

Perry revealed that he first developed the voice for a group of off-screen pals.

“I read the words in an unexpected fashion, hitting emphases that no one else had hit. I was back in Ottawa with my childhood friends, the Murrays. I got laughs where no one else had,” he wrote in the book, Deadline reported.

Leading up to the book’s release Tuesday, Perry opened up to Diane Sawyer about his addiction and his co-stars’ help through difficult times. He said Jennifer Aniston “reached out the most.”

He also detailed how Tricia Fisher — daughter of Eddie Fisher and half sister of Carrie Fisher — helped him overcome sexual shame.