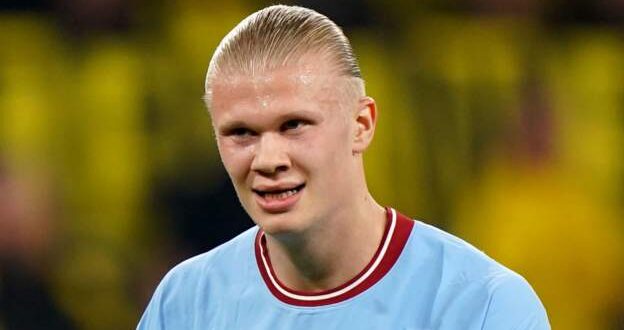 Erling Haaland “feels better” and could be back to face Fulham on Saturday, according to Manchester City manager Pep Guardiola.

Haaland was replaced at half-time in a goalless draw against his former club Borussia Dortmund on 25 October because he had a fever and a knock to his foot.

He missed the league win at Leicester City and will be absent against Sevilla in the Champions League on Wednesday.

“Erling will not be available for tomorrow,” said Guardiola.

“He feels better compared to Saturday and Sunday, but not 100%.

“We don’t want to take a risk, it makes no sense. Hopefully he will be back for Fulham.”

Haaland has scored a record-breaking 22 goals in his first 15 games for City.

City face Sevilla at home having already secured top place in their Champions League group and progress to the last 16 phase.

Guardiola’s side play Fulham at 15:00 GMT on Saturday.