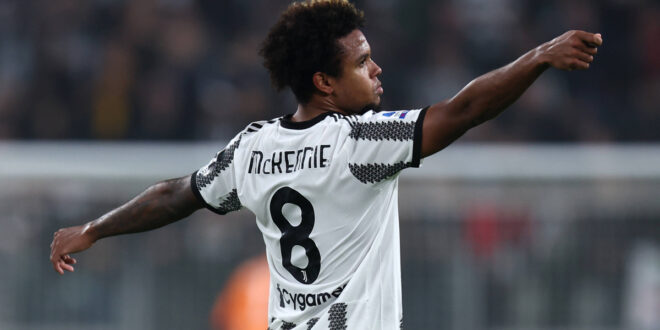 Juventus midfielder Weston McKennie became the latest U.S. men’s national team player to pick up an injury this week, raising more concerns for the USMNT with the World Cup less than a month away.

According to Sky Sport Italia, McKennie was subbed off in Juventus’s 1–0 win over Lecce on Saturday at halftime with a thigh injury. The report said McKennie is now expected to miss the club’s Champions League group stage finale against Paris Saint-Germain this week, as the injury will likely keep him off the field for 15 days.

If his recovery stays true to the reported timeline, McKennie would make his return just one week before the USMNT’s World Cup opener against Wales on Nov. 21, barring any setbacks. The U.S. also will play England and Iran in the group stage.

U.S. manager Gregg Berhalter may have to reconsider some of his options after a pair of injuries in midfield this week.

On Friday, Celta Vigo announced that U.S. midfielder Luca de la Torre suffered a torn hamstring and will miss the next three weeks, throwing his World Cup status into doubt. However, Leeds United midfielder Tyler Adams returned from a minor injury to start in Saturday’s win over Liverpool.

Meanwhile, Arsenal goalkeeper Matt Turner missed out on Arsenal’s Europa League match vs. PSV Eindhoven on Thursday due to a groin injury. Turner is considered the favorite to start in goal for the U.S. in Qatar.

The USMNT will announce its World Cup roster on Nov. 9.