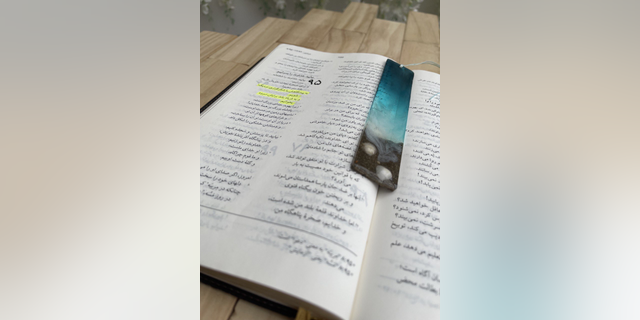 A shocking new report from the British government details that the violent persecution of the Christian minority population continues unabated in the Islamic Republic of Iran.

“Simply being a Christian is enough to get you arrested” in the Muslim-majority country, noted the United Kingdom’s study on Christians and Christian converts in Iran. The report said that “many arrests reportedly took place during police raids on religious gatherings” and that “Christians, particularly evangelicals and converts from Islam, continued to experience disproportionate levels of arrest and detention.”

Late last month, the United Kingdom published its study detailing the severe mistreatment of Iranian Christians, who compose between 500,000 and 800,000 people of an estimated total population of 86.7 million in 2022. The number of Iranian Christians may exceed 1 million, based on other estimates, noted the study.

According to the report, 99.6% of Iran’s population identifies as Muslim, with Iran classififying Twelver Ja’afari Shia Islam as its state religion.

IRAN HAS WORLD’S ‘FASTEST-GROWING CHURCH,’ DESPITE NO BUILDINGS – AND IT’S MOSTLY LED BY WOMEN: DOCUMENTARY

When asked what the U.S. and other world powers can do regarding the crackdown on Iranian Christians, Mansour Borji, an Iranian Christian who is the director of the religious freedom NGO Article 18, wrote in an email to Fox News Digital: “We believe the world leaders can play a positive role in helping the persecuted faith communities and end the religious apartheid in Iran. One of the effective measures that Western governments can take to help is sanctions targeting Iranian oligarchs and their families that are close to the regime, living abroad, by blocking their assets, imposing travel bans against them.”

Borji, who converted from Islam to Christianity, added, “Many of them have played significant roles in formation and implementation of discriminatory and oppressive policies of the current Islamic regime. They can also impose Magnitsky sanctions against those involved in human rights abuses.”

When asked about the British government’s report and what can be done to stop the persecution of Iranian Christians, a U.S. State Department spokesperson told Fox News Digital, “We persistently call for action against Iran’s human rights abuses in the United Nations and other multilateral fora. We also coordinate closely with Allies and partners, including the UK, to share information on potential sanctions targets. The State Department regularly announces sanctions perpetrators of these violations and urges like-minded partners to hold perpetrators of violations accountable. However, as a practice, we do not announce these actions in advance.” 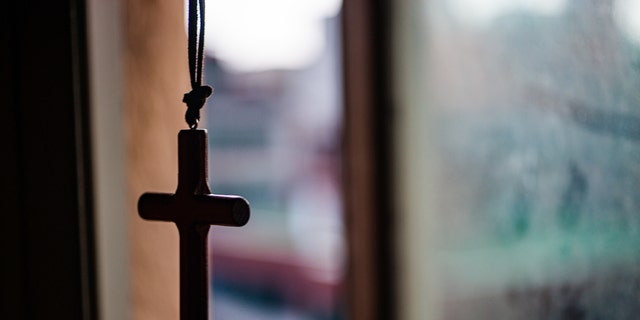 According to the U.S. State Department spokesperson, “Since 1999, the United States has designated Iran annually as a Country of Particular Concern for engaging in or tolerating ‘particularly severe violations of religious freedom.’ The designation is based on information from all relevant sources, including the annual International Religious Freedom Report.”

However, critics of the Biden administration argue that the White House is prioritizing a nuclear deal with the Islamic Republic, over human rights, and that it will enrich the coffers of a totalitarian regime in Tehran.

According to the Foundation for Defense of Democracies Iran expert, Saeed Ghasseminejad, “The new nuclear deal would allow Tehran to access up to $275 billion in financial benefits during its first year in effect and $1 trillion by 2030.”

Veteran critics of the Islamic Republic say the sanctions relief money will strengthen the clerical regime’s domestic and foreign repression apparatuses. Both Republican and Democratic administrations have classified the Islamic Republic of Iran as the world’s worst state-sponsor of terrorism.

The September British study was released during the outbreak of widespread protests against the existence of the Islamic Republic due to the death of the 22-year-old woman Mahsa Amini. Iran’s morality police allegedly murdered Amini for failing to properly cover her hair with a hijab. 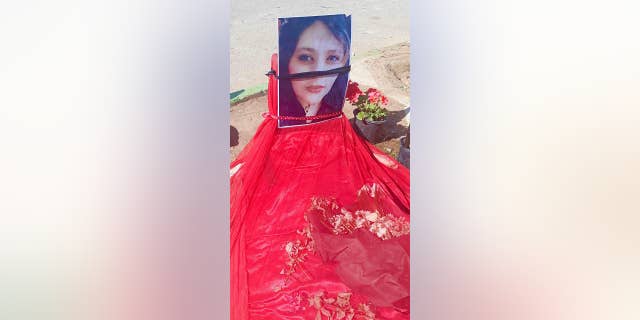 Current examples of the Islamic Republic’s efforts to weaken the Christian faith abound. The organization Middle East Concern (MEC), which defends the religious freedom of Christians in the Middle East and North Africa, reported in August that two Iranian Christians were imprisoned in Tehran’s infamous Evin prison.

MEC said that Homayoun Zhaveh and his wife, Sara Ahmadi, were detained on August 13 after previous incarcerations for practicing their Christian faith. In 2019, Zhaveh spent a month in jail, and Sara was imprisoned for 67 days where “she endured extreme psychological pressure,” wrote MEC. In 2020, the Iranian regime’s opaque judicial system sentenced Sara to 11 years in prison “for her alleged role in leading a house church and Zhaveh to two years for house church membership,” said MEC.

Fox News Digital sent press queries to the Islamic Republic of Iran’s Ministry of Foreign Affairs and to its Permanent Mission to the United Nations. 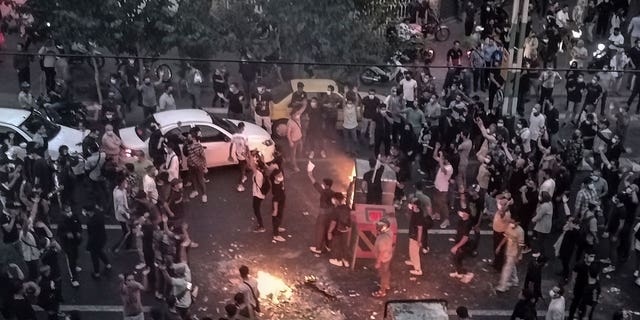 Iranians protest a 22-year-old woman Mahsa Amini’s death after she was detained by the morality police, in Tehran, Sept. 20, 2022, in this photo taken by an individual not employed by the Associated Press and obtained by the AP outside Iran. Iran’s atomic energy agency alleged on Sunday, Oct. 23, 2022, that hackers acting on behalf of an unidentified foreign country broke into a subsidiary’s network and had free access to its email system. Sunday’s hack comes as Iran continues to face nationwide unrest first sparked by the Sept. 16 death of Amini.
(AP Photo/Middle East Images, File)

On Friday, the Iranian pastor Hekmat Salimi, his wife Shirini and their daughter Sama departed Turkey to secure asylum in the United States. According to a statement from the Anglican Office for Government & International Affairs, “An Anglican minister who fled Iran six years ago because of constant harassment by intelligence agents and multiple arrests has been granted his freedom as the US approves an emergency request to relocate the family from Turkey, where they have been living in hiding.”