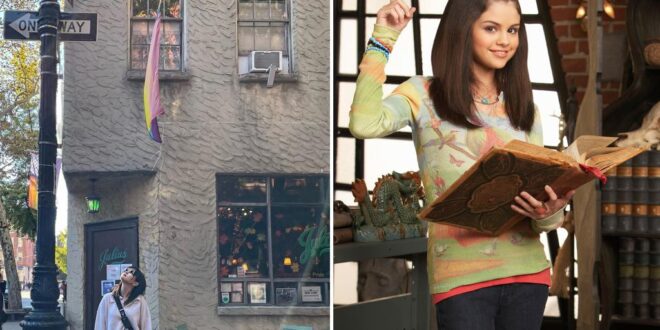 Selena Gomez is going back to her Disney Channel roots.

The “Boyfriend” singer posted a picture Saturday of herself in a beige sweater and printed pants staring up at the Waverly Place street sign with the caption “back to where it all began.”

“I adored being on [‘Wizards of Waverly Place’] so much,” said Gomez on Entertainment Weekly’s “Awardist” podcast.

“I felt like I did learn a lot. We actually had great writers — we had two writers that were on ‘Friends’ — and we had an incredible director that we used for most of our seasons.”

The “Only Murders in the Building” also likened her “Waverly Place” character to the one she is currently playing in the Hulu comedy.

“I feel like Mabel is an older version of Alex in a way,” said the “Come and Get it” singer.

The picture has 5 million likes.

“Alex Russo miss u,” another said.

“I wasn’t ready for this,” another stated.