In the past few weeks, I had already gone from thinking that Marcus Rashford shouldn’t be at the World Cup to believing he should be on the plane to Qatar.

Instead, after watching him at Old Trafford on Sunday, England boss Gareth Southgate will be thinking Rashford might have to start their first game in Group B, against Iran on 21 November, on the left of his attack.

We know how good Rashford is when he is on form, but that was not the case last season. His confidence was knocked so badly that he looked a shell of himself, but he seems to have come back with a new lease of life since the start of this campaign.

Some credit for that has to go to new United boss Erik ten Hag because he has got Rashford smiling again, and restored his self-belief. It’s a big boost for United, and the timing is perfect for England too.

What stood out about Rashford right from the start against West Ham was how he looked so eager to score some goals – it was probably the best I have seen him play all year, with and without the ball.

When he did find the net, it was with a powerful header – his 100th goal for United but the type of goal I don’t think I’ve ever seen him score before.

But he had plenty of other efforts and constantly had the hunger and desire to get into the box and make things happen, which is what I want to see him doing all the time for club and country.

‘Rashford’s best role is cutting in from the left’

I don’t see Rashford as being a back-up for Harry Kane as England’s main striker – I would take Callum Wilson and Ivan Toney along to do that.

Wilson is a risk because of his injury record but he is the most natural poacher of any of the other candidates to lead England’s attack, and I think Ivan Toney edges out Tammy Abraham because, like Kane, he is able to drop deeper and link up play, better than Abraham does.

I have never really seen Rashford as an out-and-out centre-forward who would perform that role. For me, his best position is coming in off the left flank as a wide forward – like he did against West Ham. 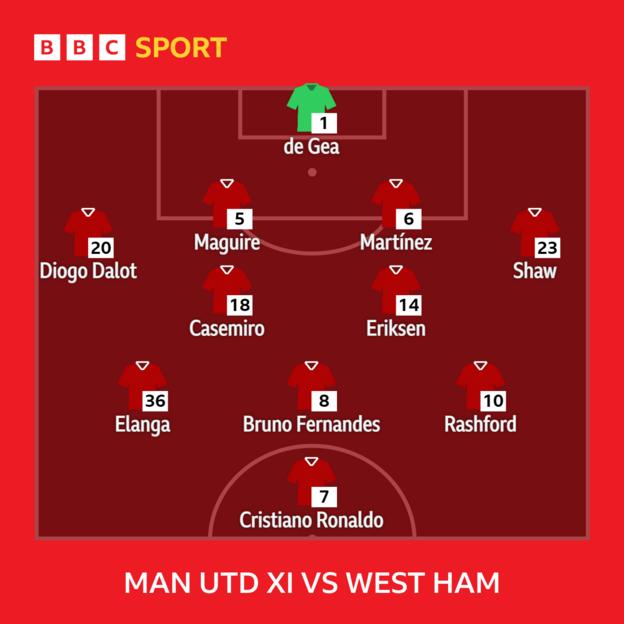 Whenever he is out there, he looks comfortable. His pace hurts teams and he can run at defenders – if he is on the ball, he likes to cut inside and have that option to pass or go for goal. Off it, he can arrive at the right time at the back post to get on the end of things.

If you have watched Raheem Sterling play for Manchester City over the past few seasons, you will know he scored so many of his goals by doing exactly that, after coming in from the left-hand side.

Sterling’s form for Chelsea has been indifferent, but in his defence he has had to play in several different formations for Thomas Tuchel and now Graham Potter after moving to Stamford Bridge last summer.

He is not reaching the heights he did when he was at City, but in the circumstances that’s hardly a surprise.

For England, however, Sterling has always done the business. Southgate knows that, so I think he will probably stick with him on the left.

Rashford’s form has given him plenty to think about, though, especially because he has got a natural partnership down that flank with Luke Shaw for United that could work for England too. They know each other’s game inside out.

‘Maguire reminded people he is a top centre-half’

The other bonus for Southgate on Sunday was seeing Harry Maguire make his first Premier League start since 13 August, when United lost 4-0 at Brentford.

Maguire was always going to come under intense scrutiny whenever he returned to the United team and there were times against West Ham, especially early on, when he looked unsure on the ball.

But he came through it and there were plenty of positives about his display, for Ten Hag as well as Southgate.

Defensively, Maguire was fully tuned in and made some monster headers, tackles and blocks towards the end of the game when United were hanging on to their 1-0 lead. He did all the things that you want your centre-half to do.

I was really pleased for him. Maguire is probably playing with around 50% of his usual confidence at the moment but he was able to deal with the pressure and remind people that he is a top centre-half, even if he is going through a difficult time.

‘Bowen is in the frame, Sancho isn’t’

While Rashford and Maguire both took their chance to impress Southgate, one of their United team-mates is running out of time to show he should join them in Qatar.

Jadon Sancho was left on the bench against the Hammers, and it is getting harder and harder to make a case for him to be in the England squad when it is announced on 10 November.

As a player, you always know the levels you can reach and where your current form compares to that, and Sancho will know he is well below his best at present.

Whether that is solely down to him, or because the system he plays in at United doesn’t suit him, it is just not happening for him at the moment.

Sancho has got to look at Rashford and other players who have come through that tunnel and found a way to get back playing well again, and figure that out for himself.

Unfortunately for Sancho, the timing of his drop in form is no good for his World Cup hopes when there are so many players in his position who are playing regularly, and playing well too.

West Ham’s Jarrod Bowen is one of them, and although West Ham ended up being beaten at Old Trafford, Bowen showed Southgate that he is always a threat.

When Bowen played for England last summer, the results weren’t great but I don’t think he did badly. He is still in the frame for Qatar but, right now, Sancho really isn’t.