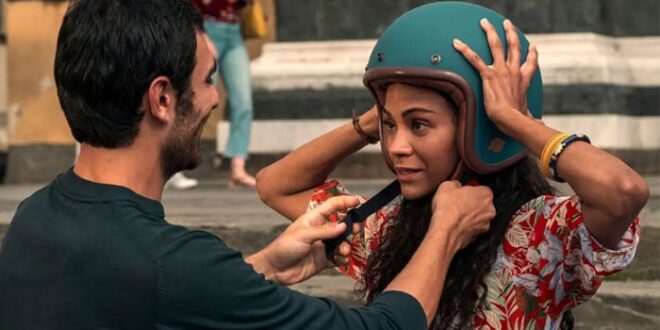 For fans who love to cry their heart out while watching a series or movie, this is the best one right now. The recently-released heartrending tale on Netflix, From Scratch, of two lovers is bound to make you weep.

The show is created by Attica Locke and Tembi Locke that stars Zoe Saldaña (who is also a producer) and Eugenio Mastrandra. Moroever, Reese Witherspoon, Lauren Neustadter, Richard Abate, Jermaine Johnson and Will Rowbotham are the executive producers.

What is the plot of From Scratch?

The show is a heart-breaking tale of a woman named Amy Wheeler (Zoe Saldaña) is an aspiring artist who goes to Italy on a study-abroad programme. There, she meets a Sicilian chef Lino Ortolano. Given their differences in culture, languages and backgrounds, the couple is faced with many challenges.

The show follows the journey of the couple and how their love overcomes the many obstacles life throws at them.

How many episodes are there in the series?

The mini-series has a total of eight episodes.

Is it based on a true story?

Yes! The series is based on the true story of Tembi Locke’s life – her travels in Italy, her romance with Saro Gullo and the tragic loss of her husband following a diagnosis of a rare form of cancer.

The names, however, have been changed but the events are quite similar.

Much like the series, Locke moved to Italy after she graduated from high school, which is where she met her future-husband, Gullo. The couple had their ups and downs, with a major down being how Gullo’s family was unhappy with his decision to marry a Black woman from Texas.

Locke ended up moving back to the US while Gullo remained in Florence, however the two reunited in New York and ultimately moved to Los Angeles together in 1995, which is where they tied the knot.

In 2002, Gullo was diagnosed with leiomyosarcoma, a rare form of cancer that grows in the smooth muscles. After his diagnosis, the couple adopts a daughter together.

However, after 10 years of treatment, Gullo passed away in 2012. Locke chronicled her and her daughter’s life after Gullo’s death over three summers spent in Sicily, as the two attempted to navigate life without him.

In the final episode, Aftertastes, the series stays true to the story as Amy honours the wish of her late husband by returning to Sicily and bonding with his family, who are also grieving over his loss.

Watch the trailer for the series: