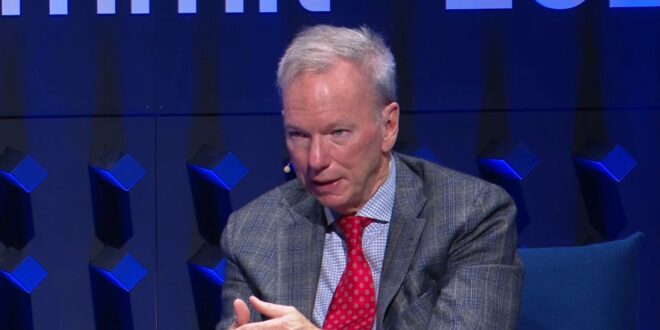 Schmidt — who has an estimated net worth north of $19 billion, according to Bloomberg — has for decades made political donations to Democratic campaigns and political action committees, but he has become a prolific donor for progressive causes since 2016, according to Federal Election Commission (FEC) data. Over the last six years, the former Google executive has pushed more than $13 million, mainly to Democrats.

Schmidt particularly ramped up contributions in 2020, the data showed. He forked over $224,000 during the 2016 presidential cycle before giving a whopping $8.5 million in 2020 and more than $4 million during the current cycle.

The vast majority of his donations have gone to Democratic campaigns — his most recent Republican contribution, four payments to Sen. Mike Lee’s, R-Utah, campaign, was recorded in March 2018.

ARIZONA, PENNSYLVANIA, OHIO AND OTHER STATES WITH IMPORTANT MIDTERM RACES: WHY DO THEY MATTER?

In addition, Schmidt has quietly funded a key cog in the Democratic state election technological apparatus. During the current election cycle, Schmidt has wired $227,000 in in-kind contributions to STAC Labs — a tech start-up launched in 2019, which he has bankrolled through a nonprofit — for its work boosting tech and voter data analysis services on behalf of 18 state Democratic parties, according to FEC filings.

“At stac labs we work to make sure that progressives don’t just have the best data and technology, but that they also use it effectively,” says the company’s website, which offers few other details about its operations. “By pooling data support staff and offering discounted tools, stac labs accelerates party, state and local campaigns’ analytical and technological capabilities.”

STAC Labs has focused particularly on battleground states, including Pennsylvania, Wisconsin, North Carolina and Michigan, and has worked with at least 200 campaigns. The company has also been hired for direct one-on-one coaching in 81 campaigns this cycle. 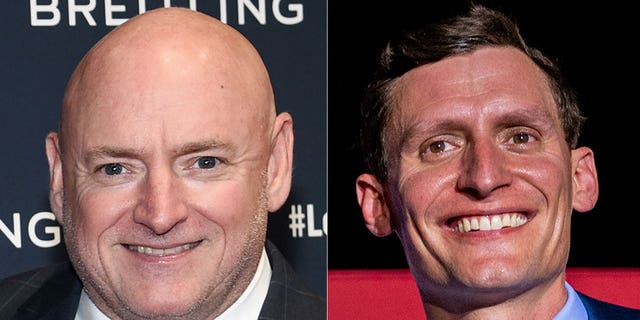 Meanwhile, Schmidt has also had an outsized influence on White House policymaking during the Biden administration, Politico reported in March. More than a dozen White House Office of Science and Technology Policy officials have been close associates of Schmidt and some even continued to receive paychecks from Schmidt Futures after taking on their government roles.

Schmidt, who backed a nonprofit venture capital fund to boost domestic chip-making, according to the New York Times, also worked to urge Congress to pass the Creating Helpful Incentives to Produce Semiconductors Act, which Biden signed into law in August.

Schmidt first joined Google in 2001 and departed the company in 2020.

Republicans and media research groups have accused Google of having an anti-conservative bias. The Media Research Center concluded in a recent report that the company manipulated search engine results to hide Republican candidates’ websites, and the GOP said earlier this year that its emails were wrongly being classified as spam by Google’s mail service.

“I am particularly alarmed by this pattern because political dice-loading is nothing new for your company,” he continued, noting Google’s previous statements threatening to de-platform conservative news outlets.

Previous Here’s the story behind the original series
Next The end of Roe has prevented at least 10,000 legal abortions: report