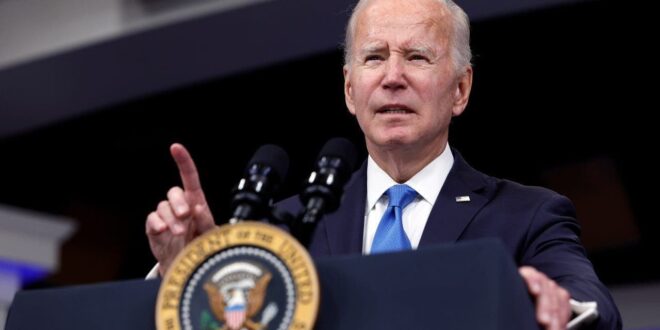 Obama campaign blitz in full swing as Biden backs off days before midterms: ‘They don’t want him’

Republican strategists say that Democrats “want” President Biden to stay home and away from the campaign trail as a crucial midterm election is just over a week away.

With midterm elections on Nov. 8, Biden is spending the weekend at his Delaware home and cast an early vote in Wilmington on Saturday.

While Biden is in Delaware, first lady Jill Biden, former President Barack Obama, Vice President Kamala Harris and other administration officials are all attending campaign events for Democrats across the country.

“I think it’s exactly where Democrats want him to be,” Matt Gorman, vice president of Targeted Victory told Fox News Digital of Biden’s weekend trip to Delaware. “They don’t want him within 100 miles of any competitive race.”

BIDEN MOCKED FOR CLAIMING THERE ARE ’54 STATES’: ‘THIS GUY IS COMPLETELY SENILE’

U.S. President Joe Biden gives remarks on the status of COVID-19 in the United States from the South Court Auditorium at the White House campus on Oct. 25, 2022 in Washington, D.C. Following his remarks on Covid-19, Biden received an updated booster shot.
(Photo by Anna Moneymaker/Getty Images)

When asked about the midterm elections after casting his early vote, Biden said he’s “feeling good.”

“I’m feeling good. I mean, I’ve been in I guess now 36 constituencies. Either to campaign for a specific candidate or going with a candidate who is doing something like at the bridge out at Pittsburgh,” Biden said.

Biden said that he’ll be “engaged” with midterm campaigning for the remainder of the week, visiting Pennsylvania, Maryland, New Mexico and California.

“I am going to be all around the country,” Biden said.

“I think it’s exactly where Democrats want him to be”

“Biden is back in the basement in Delaware while his Democratic Party struggles to retain control of the House and Senate,” Conway said. “This is fitting, given that Biden’s disastrous policies and habit of ignoring the will of the people as expressed in polls has contributed to his own disapproval rating and the existential threat to a Democratic majority.”

BIDEN SAYS FETTERMAN IS ‘MY KIND OF GUY,’ WHO ‘JUST KEEPS GETTING BETTER AND BETTER’ 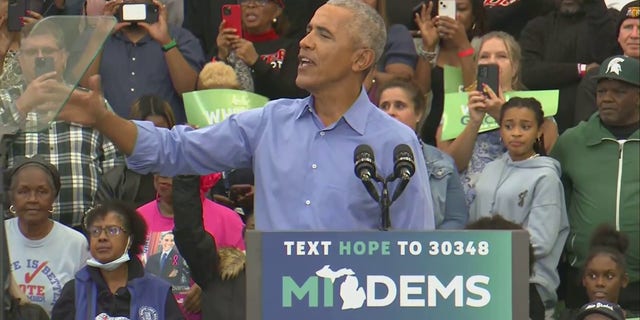 Former President Barack Obama reacts to being interrupted by a man during a Saturday rally in Michigan.
(Pool Video)

Conway added that “this is not ‘Biden Hidden’ – this is Biden being unpopular and unwelcome on the campaign trail.”

Conway said that even with Obama’s appearance on the campaign trail, it might not help as much as Democrats are hoping.

“Former President Obama is popular, especially within his own party, but his record of delivering electoral victories for candidates other than himself is lacking: Over his eight years as president, Democrats lost a net 12 governors, nine U.S. senators, dozens of House seats and 950 state legislative seats,” Conway said.

On Friday, Biden visited both Syracuse, New York, and Philadelphia, Pennsylvania, with a message for voters: Republicans will make inflation “much worse” than it already is.

“Under the Republican plan, many of the biggest corporations are going to go back to paying zero, like they did in 2015 — I mean 2020. Fifty-five major Fortune 500 companies made $40 billion in 2020, and they paid zero — not a single cent — in federal taxes.” Biden said in Philadelphia. “That’s their plan, among other things. It’s reckless. It’s irresponsible. It will make inflation much worse and badly hurt working- and middle-class Americans.”

When Biden took office in January 2021, the consumer price index, which measures prices of everyday items such as gasoline, groceries and rents, was climbing at a 1.4% annualized basis. 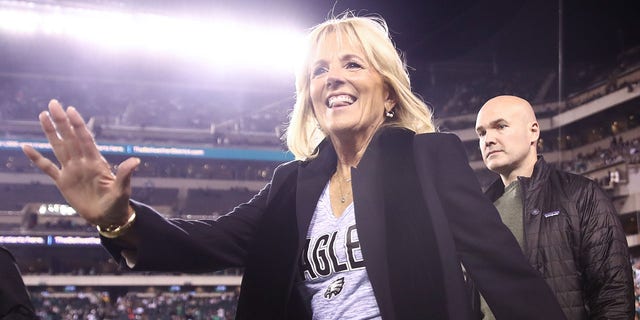 First lady of the United States of America Jill Biden walks the sideline prior to the game between the Philadelphia Eagles and the Dallas Cowboys at Lincoln Financial Field on Oct. 16, 2022, in Philadelphia, Pennsylvania.
(Tim Nwachukwu/Getty Images)

In September, prices climbed by 8.2% on an annual basis.

Matt Wolking, vice president of communications at Axiom Strategies, a Republican political firm, told Fox News Digital that the national environment for Democrats will not change, regardless of whether Biden is on the campaign trail.

“Joe Biden is a millstone around the necks of most Democrats — whether he spends the final days of the election snoozing at the beach or talking with TikTok trans activists won’t move things much in either direction,” Wolking said.