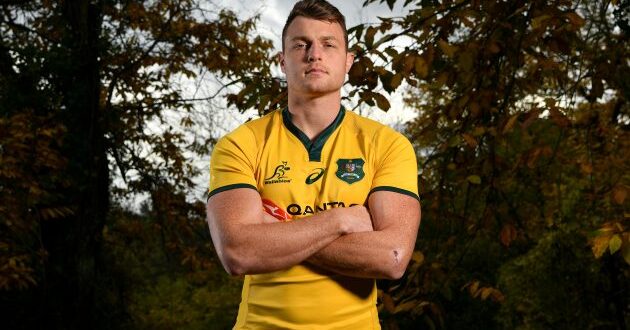 Dempsey has 14 Australia caps to his name

When the recent World Rugby eligibility amendment kicked in, it was celebrated as a real win for nations like Tonga and Samoa. The tweak meant that any player who had served a stand-down from international rugby for 36 months or more and had a “credible link” with another nation (either born in the country to which they wish to transfer or have a parent or grandparent born in that country) they could pull on another Test jersey.

Since then we have seen stars like Charles Piutau and Israel Folau switch to Tonga, while former All Black Steven Luatua was called up by Samoa before suffering injury.

And this weekend we could see 14-cap Wallaby back-rower Jack Dempsey earn his first cap for Scotland.

Dempsey earnt the last of his 14 caps for Australia at the 2019 Rugby World Cup. After serving his stand-down period, Dempsey qualifies for Scotland through his grandfather.

Wallabies legend George Gregan recently said of the switch: “It’s there, isn’t it? If he’s changed circumstances whereby he wants to live the rest of his life, or a good chunk of his life, in Scotland and represent them, then I get that. I don’t have any real qualms about that.”

Moves like this are not unusual for Australian sports fans. It has been common practice in Rugby League. For example, in the current Rugby League World Cup, Italy and Australia are captained by players who had previously played for the other side. James Tedesco is the Kangaroos skipper, having previously played for Italy, and Italy’s Nathan Brown switched the other way.

What do you make of the switch? Let us know via [email protected] or drop us a line on our social media channels.