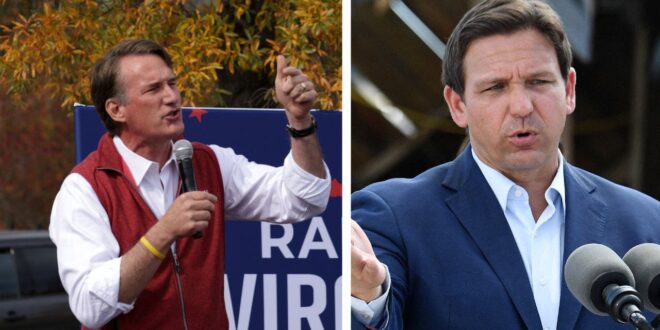 DeSantis will be joining Zeldin at a get-out-the-vote rally on Saturday evening from the Zeldin campaign headquarters on Long Island.

Zeldon now trails the New York governor by only 7.3 percentage points in the polls, according to a RealClearPolitics average.

The Virginia governor will join Zeldin on Monday afternoon for a rally in Westchester, New York, as part Youngkin’s national tour to battleground races across the country.

Youngkin and DeSantis frequently appear on lists of Republicans who may be considering a run for president in 2024, though no official candidacy announcements have been made.

Youngkin’s campaign blitz is a chance for him to boost his national profile, raising questions over his 2024 interests. Upcoming stops on the tour will include visits to South Dakota and Oklahoma to stump alongside Govs. Kristi Noem, R- and Kevin Stitt, R-Okla.

In the Hochul camp, former Secretary of State Hillary Clinton is expected to be a special guest at an upcoming Hochul “Women’s Rally,” according to a City & State New Yorker report. 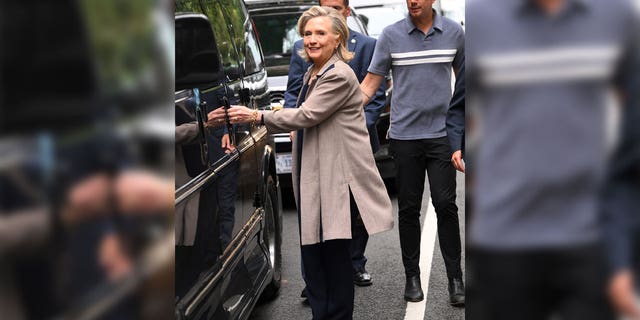 Though Clinton has repeatedly denied interest in seeking the Democratic nomination in 2024, questions still linger given Clinton’s slowly reviving political presence on the campaign trail.

As New York’s first female governor, Clinton has stumped alongside Hochul more frequently in recent weeks, headlining a fundraiser on Oct. 6 where tickets topped out at $25,000 per head.

Though New York has not elected a Republican governor in 20 years, Hochul raised eyebrows on Friday when she referred to herself as the “underdog” in the race while speaking to reporters.