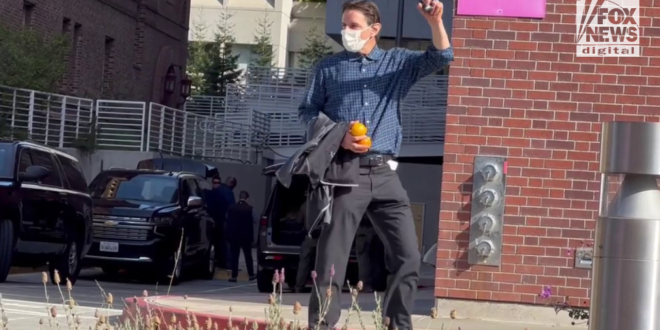 EXCLUSIVE: The son of House Speaker Nancy Pelosi and her husband Paul Pelosi, who was rushed to the hospital after being attacked by a man with a hammer in his San Francisco home on Friday, expressed optimism about his dad’s condition on Saturday.

Paul Pelosi was “violently assaulted” by someone who had broken into the couple’s San Francisco home and shouted, “Where is Nancy?” according to officials and sources.

Nancy Pelosi, the highest-ranking member of the House of Representatives and second in the line of succession to the U.S. presidency, was not present in the home at the time.

Paul Pelosi Jr. said “so far so good” when asked about the hammer attack that sent his father Paul to the hospital.
(Flightrisk for Fox News Digital)

Scott said police responded to a well-being check and found DePape and Pelosi truggling over a hammer. He said officers then witnessed DePape as he pulled the hammer away from Pelosi and “violently assaulted” him.

Officers then immediately tackled DePape, disarmed him and took him into custody, while requesting emergency backup and rendering medical aid at the scene. The motive for the attack remains under investigation.

“Earlier this morning, Paul Pelosi was attacked at home by an assailant who acted with force, and threatened his life while demanding to see the Speaker,” Drew Hammill, spokesperson for Speaker Pelosi, said Friday. “Mr. Pelosi was admitted to Zuckerberg San Francisco General Hospital where he underwent successful surgery to repair a skull fracture and serious injuries to his right arm and hands.  His doctors expect a full recovery.” 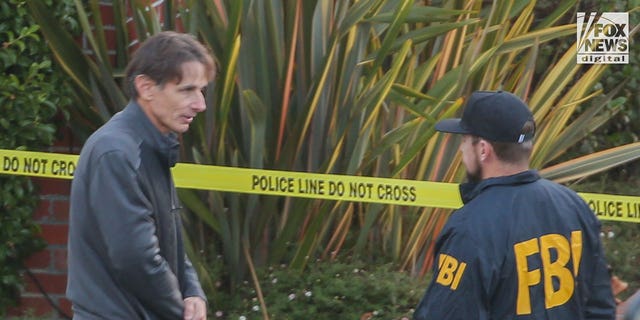 Paul Pelosi Jr. speaks to FBI investigators outside the home of his parents Nancy and Paul Pelosi, Friday October 28, 2022. His father, Paul was the victim of a violent home invasion earlier this morning.
(Flightrisk for Fox News Digital)

Earlier on Saturday, Pelosi Jr. was asked for comment on the attack and said “thank you” to those who have been keeping his family in their prayers.