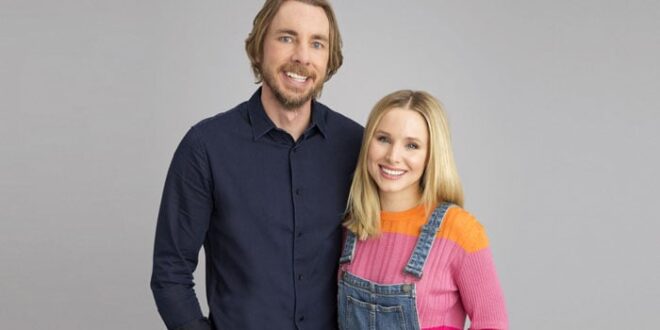 Dax, 47, recently appeared on The Endless Honeymoon podcast hosted by Natasha Leggero and Moshe Kasher. During the interview the father of two talked about how he and his wife were content with one child but eventually changed their mind.

While sharing advice with a caller debating on growing their own family, Shepard said that he and Bell “did not want a second child, as I’m sure you guys are feeling right now.”

“You must feel so content and so full, you’re not wanting for anything,” he noted of the time after having a first child. “So, I think for Kristen and I, we had two thoughts.”

“One is we travel a lot. It’s not fair to bring this little human everywhere we go and deal with only adults. We owe it to her to give her a playmate that travels with us,” he shared. “We love her enough to do something we don’t really want to do, which is, have a second ’cause we were so absolutely happy with just the one.”

Shepard went on to add, “Our kids are already so privileged beyond belief.”

“It rattles both of us being from very modest backgrounds,” he continued. “So minimally to make this spoiled b—-, my firstborn, live in the same room with another person and have to share everything, like I needed a force of compromise and sharing and discomfort, ’cause I wasn’t gonna give it to her in the other ways. So, I, we, just thought it would be really helpful to make her a better person to have to deal with someone else.”

Reflecting on their decision to have two kids, Shepard noted, “It’s ironic, ’cause we’ve pretty much stopped traveling.”

“We had two kids and all of a sudden, we were like, ‘Oh, we’re never leaving town to work again,’” he explained. “So ironically it didn’t even — the reason we had — it didn’t even come to fruition. But that doesn’t matter.”