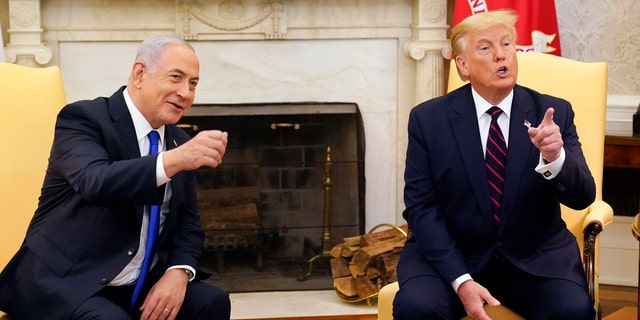 WATCH: Bibi ‘eye to eye’ with Trump, ‘diverged’ with Obama on peace and power, touts ‘sharing values’ with US

Former Israeli Prime Minister Benjamin Netanyahu saw “eye to eye” with President Donald Trump while he had a great “divergence” with President Barack Obama, he told Fox News Digital in an exclusive interview.

In his new memoir, “Bibi: My Story,” Netanyahu discusses many aspects of his personal and professional life, including his various relationships with presidents: he first held the office of prime minister during the Bill Clinton administration; he then started his second term during the Obama administration; and he stepped down a few months after current President Joe Biden took office.

He told Fox News Digital that each president had “certain qualities” that allowed the relationships to exist, but he found that he had “an overt divergence” with Obama.

But he found Trump to be a president with whom he saw “eye to eye” and with whom he achieved “great things” for Israel, including the recognition of Jerusalem as Israel’s capital and relocating the U.S. embassy there.

“I credit him with that and with the recognition of Israel sovereignty in the Golan Heights, pulling out of the dangerous Iran deal, but I work and will continue to work with anyone that the American people elect for the betterment of all, both Americans and Israelis,” Netanyahu said.

He also had a rocky relationship with Clinton and Obama due to alleged interference from each administration to influence Israel’s elections at the time, but each time Netanyahu was able to overcome the increased resistance and win his seat.

“President Clinton was very charming about this,” he revealed. “He tried to bring me down when I ran for my first term, and after I got elected, he called me up and said, ‘Bibi, I got to hand it to you: we tried to beat you, but you beat us fair and square.’”

“This was quintessential Clinton charm. So politically incorrect, an American president openly admitting that he intervened in the democratic elections of another country [and] an ally,” he noted. “And under Obama’s administration, the State Department spent $300,000 to an NGO that was openly working in the elections to topple my government, so I don’t think it’s a question that I claim it. The facts bear it out.”

Israel in the coming days will hold a new election to vote on members of the main state body, known as the Knesset, which could return Netanyahu for a third stint as prime minister should his Likud party win enough votes to form a ruling coalition. 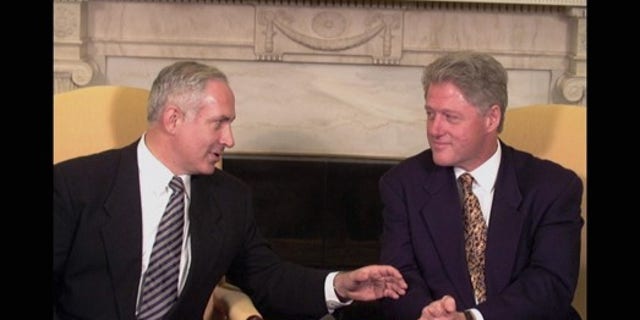 After a narrow loss to an unprecedented coalition of opposition parties, Likud has in turn maintained a slim lead going into the election.

Even if polls have him ahead, Netanyahu said he will continue to run for election and will be “assuming” that he will lose if he doesn’t run “as hard as I can,” but he remains confident that the Likud party has a “good chance” of regaining the majority it lost in 2021.

“I think there’s a very good chance we’ll win this time because people have tasted the difference,” Netanyahu said.

“I think many in Israel want to see a return to a government that is committed to Israel as a Jewish state, a government [that] is committed to restore a powerful economy, a powerful military and security for all Israelis,” he added. “You’d be surprised [that] the Likud, under my leadership, receives more Arab-Israeli votes than all the other Jewish parties combined. That’s quite astounding.” 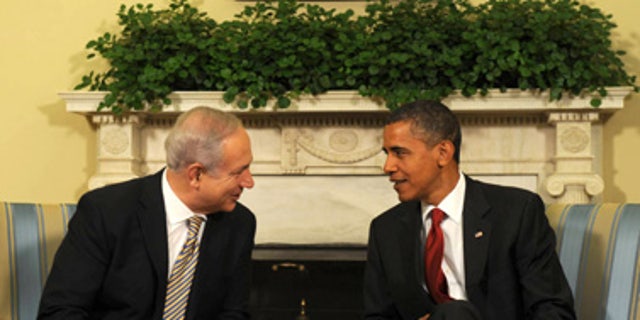 Should he regain power, Netanyahu may find himself working with a Democrat-controlled Congress. Biden had warned Netanyahu that the Democrats have “shifted” on Israel, which Netanyahu blamed on a “radical fringe” in the party.

“He didn’t say that in those words,” Netanyahu said. “I’m saying that there’s a radical, progressive element there that is inimical to Israel, also inimical to any of the things that Americans, many Americans, believe in.”

Netanyahu cited a “strong support” for “sharing the basic values” such as “defending democracy and defending our common interests.” 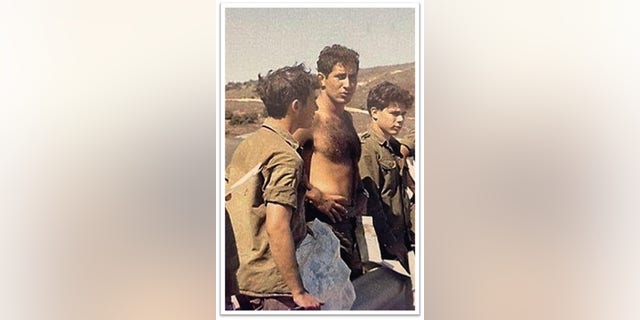 One such value is the pursuit of peace, through which Netanyahu and Trump agreed to four peace deals with individual nations to create the Abraham Accords.

Acting Israeli Prime Minister Yair Lapid in his speech to the U.N. General Assembly called for a two-state solution with the Palestinians.

“An agreement with the Palestinians, based on two states for two peoples, is the right thing for Israel’s security, for Israel’s economy and for the future of our children,” Lapid said, but Netanyahu insists that the only “workable” solution involves “something less than a state.”

“The Palestinians should have all the powers to live … but not on the powers to threaten our lives, which means … the overriding security responsibility for both Israel and the Palestinian areas adjacent to it would remain in Israel’s hands,” Netanyahu said, including control of air and ground passageways and the ability to act against terrorists. 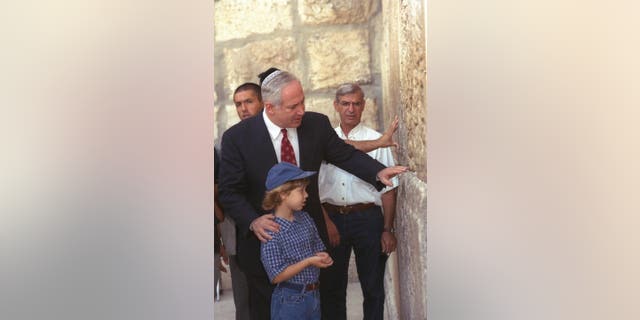 Prime Minister Benjamin Netanyahu places a written wish at the Western Wall with his son, Yair, in Jerusalem circa 1998.
(Simon & Schuster)

“People said, ‘Well, you’re not offering us full sovereignty,’ and I said, ‘That’s correct.’ Assuming we meet the other conditions, no, I’m not … but that’s the only arrangement that will work.”

Netanyahu feels a particular responsibility toward safeguarding Israel due to his father’s involvement in the Revisionist Zionism movement, which lobbied the U.S. for support in the creation of Israel, handing off the task of “safeguarding and nurturing the power of the Jewish state” to the following generation.

“My generation has … to ensure that [Israel] has a future, that it continues to survive and thrive,” Netanyahu said. “And that’s what I devoted my life to doing.”