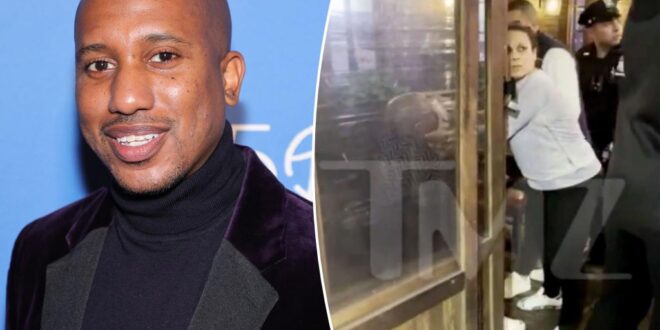 “Saturday Night Live” star Chris Redd is out of the hospital after being sucker-punched in the face outside of New York’s Comedy Cellar.

Redd, 37, was attacked by a stranger Wednesday night at the same place he was scheduled to perform, the NYPD told The Post.

Following the brutal attack, the comedian was rushed to Bellevue Hospital in Manhattan where he received urgent treatment from medics.

The comic drove up to the comedy joint in Greenwich Village around 9:40 p.m. when a man dressed as a security guard charged the “SNL” actor as he was getting out of the vehicle, cops said.

The suspect hit him on the head, bloodying his nose. He fled before NYPD cops arrived.

Several bystanders said that drops of Redd’s blood were splattered on the stairs leading down to the club.

It’s unclear what spurred the incident, however, Redd’s love life made many headlines in the last few months.

He’s currently dating Christina Evangeline, the estranged wife of his former “SNL” co-star Kenan Thompson. There is nothing to suggest that Thompson was personally involved in the incident.

In September, it was reported that Redd had started dating Evangeline. She had been married to Thompson since 2011, and the pair shares two children.

They split in April, and Thompson filed for divorce in June. Redd quit “SNL” in September shortly before his relationship with Evangeline was revealed.