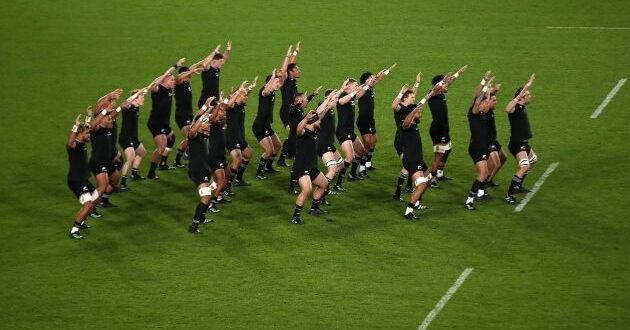 Injuries and a family bereavement impacted heavily on New Zealand’s initial 35-strong squad for their end-of-season tour of Japan and the UK.

The Barrett brothers, Beauden, Jordie and Scott, withdrew from the Japan leg of the tour following the death of their grandmother, Mary. And utility back Leicester Fainga’anuku returned to New Zealand for family reasons.

Scrum-half Folau Fakatava re-ruptured his ACL graft in training and faces long-term rehab. Veteran lock Sam Whitelock and outside-back Will Jordan also didn’t travel to Tokyo – where the All Blacks play Japan on Saturday 29 October – because of “inner ear issues”.

The desperately unfortunate Fakatava has been replaced by Brad Weber, but it’s hoped the other absent players will be able to join up with the squad in the UK for Tests against Wales, Scotland and England.

The bulk of the squad selected by All Blacks selectors Ian Foster, Joe Schmidt and Jason Ryan were on duty in the recent Rugby Championship.

The squad features 56-Test centre Anton Lienert-Brown, who has made a successful return following shoulder surgery. Two other midfielders, Quinn Tupaea and Jack Goodhue, are missing due to injury, along with forwards Ethan Blackadder, Josh Lord and Joe Moody.

Wing Telea excepted, there are no uncapped players on the tour, which will include fixtures for an All Blacks XV against Ireland A (4 Nov) and the Barbarians (13 Nov).

Head coach Foster said: “With less than a year until the World Cup, this tour gives us another great opportunity to grow from where we finished the Rugby Championship. Experiencing big Test matches in the North is great preparation for what is to come in France next year.

“The addition of our All Blacks XV team (coached by Leon Macdonald) will also help grow this experience across a wider group of players.”