Incumbent Democratic Maine Gov. Janet Mills went head-to-head with her Republican challenger, former Gov. Paul LePage, in their fourth debate of the election, challenging one another on several topics, including the economy, the coronavirus pandemic, and education.

In opening the debate, LePage said he believes the number one issue facing the residents of Maine is inflation, while Mills, who listed a number of issues, focused on “leadership” and challenged those in attendance to look at the records of both candidates in the race to better understand which one will be able to address the needs of voters in the state.

At different points during the debate, Mills was forced to defend actions she took as governor on numerous issues, most prominently the economy and the coronavirus pandemic.

LePage, who served as Maine’s governor from 2011 until 2019, said he believes the problem with inflation began in Maine and “crept down to Washington,” noting that it “started long before the Ukraine war.”

Defending her record as governor throughout the coronavirus pandemic, Mills insisted that she led one of the “best recoveries” and that her administration has done a “pretty damn good job, too” as they have faced “challenges.”

Mills, who pledged “not to increase taxes” if she is re-elected in the state’s November 8 election, said that “economists, the experts, have said very recently that Maine’s budget is sustainable and robust and in good shape – that we are in good shape to pay our bills and to withstand a recession if there is one in the next few months or few years.”

In response, LePage accused Mills of offering “a lot of talk, no action.”

LePage said he left the “state in the best shape” it had been in years when he left office in 2019 after serving two consecutive terms at the helm of the state. “I have been there. I’ve done it once, I can do it again. I am the guy that’s got a business background.”

“In the private sector, when you spend more money and get less results, you get fired, governor,” LePage said as he looked at Mills.

Mills returned fire as she continued to defend the state’s current economic situation from LePage’s “accusations.”

A TONED DOWN PAUL LEPAGE SAYS ‘MAINE IS CRUMBLING’ UNDER HIS DEMOCRATIC SUCCESSOR GOV. JANET MILLS

“Let me be real clear: Maine’s unemployment rate is down to 3.3. It was just 2.8 just a couple months ago. We have recovered all the jobs we have lost since the pandemic, during the pandemic,” she said. “The state’s economic growth has been the 11th best in the country, that’s what the experts say. Under Mr. LePage’s tenure, we were always toward the bottom and one year we were 49th in the country from the last recession.” 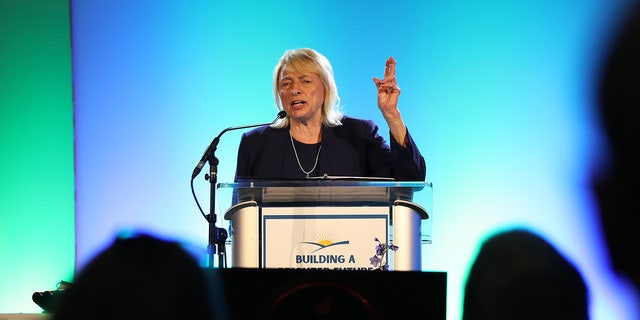 LePage insisted it’s time for people to get back to work and become more engaged with efforts to boost Maine’s economy and concluded that Mills’ policies are deterring that.

The pair of candidates were also asked about vaccines in questions that were fielded from voters in the state, including one from a registered nurse who was fired for rejecting the vaccine in 2021.

“Anybody that has to go into a nursing home or healthcare facility, a hospital, wherever, you deserve to be cared for by a person who has been fully protected themselves against contagious diseases,” Mills said. “In the beginning of the pandemic, we found people catching the virus in the hospitals, some of them getting very, very ill from that and some of them dying.”

“Based on the best science, the best medical advice possible, and based on the request of hospitals and medical facilities, we did impose a work requirement that anybody working in certain healthcare professions be fully vaccinated as they already are from other contagious diseases.”

LePage disagreed with the firing of those who did not want to take the vaccine, saying

“Our healthcare workers were heroes in 2020, but they became zeroes in 2021,” he said. “I do not agree that the current science says that the vaccines prevent transmission. I think we know that it affects people with compromised immunities and different types of vulnerable groups – those I believe we need to concentrate and protect, but I don’t believe there was any compassion in October of 2021 when healthcare workers and first responders were fired because they wouldn’t get the vaccine just before Thanksgiving and Christmas.”

“They were not allowed to take unemployment. That to me is not only cruel, it’s inhumane,” he added.

The two candidates also said they would not favor requiring students to be vaccinated to go to school, with LePage saying “absoultey not.” 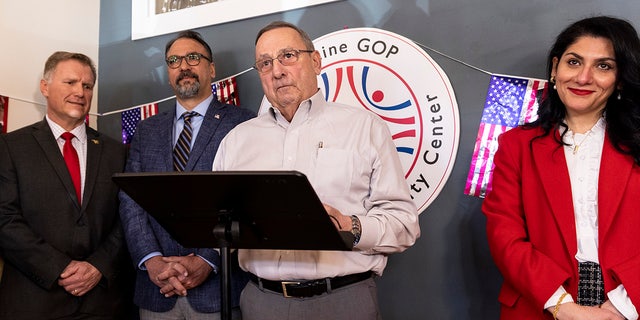 Mills and LePage also offered challenges to one another’s position when it came to Maine’s education system and certain books that many parents say contain explicit material being welcomed into several of the state’s school systems.

Mills insisted that the state’s education system is holding strong and that the state’s recent test scores “are higher than a lot of red states” and noted that “a lot of students suffered during the pandemic.”

“I wanna invest in them to bring them back up to speed – after school programs and summer programs,” she said. Pointing to other states who had lower test scores than Maine, Mills insisted that “it’s not my fault in particular.”

LePage, asked if he were governor during the pandemic, said he would have been “a lot more careful about going to Zoom education” and insisted it had a negative impact on the learning capabilities of the state’s students.

Asked about certain books that contain explicit images and were reportedly found to be in some of the state’s schools, as well as recommended by the Maine Department of Education, LePage and Mills were at odds.

Mills insisted it’s up to school board members in districts across the state to regulate what materials are welcomed into classrooms and that she doesn’t have a role in that. LePage, however, insisted that parents aren’t notified about the books or given the option to argue their point that the materials should not be in schools. LePage said several parents he has spoken with have been unable to get a list of the materials found in their student’s educational library.

The debate, which was moderated by News Center Maine’s Pat Callahan, was held at the Holiday Inn Portland-by the Bay.

Mills and LePage will face off in the Maine gubernatorial election on November 8.