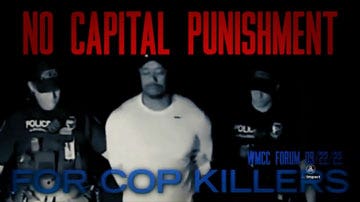 Republican Kris Kobach, the party’s nominee for Kansas attorney general, released a campaign ad Thursday advocating the use of capital punishment for “cop killers” and “mass murderers,” but mistakenly included a clip of pro-golfer Tiger Woods’ 2017 DUI arrest in the ad’s footage.

The ad, titled, “Just Intentional,” slammed Kobach’s opponent, Democrat Chris Mann, over what it said was his opposition to capital punishment, and, in addition to Woods, included footage of the Carr brothers, two convicted murderers currently on Kansas’ death row.

Fox News’ Digital reached out to Kobach’s campaign for comment and received an explanation from spokesperson Danedri Herbert.

“That was an ad agency error. We caught it and fixed it within minutes. What a happy accident that media is going to pick this up and expose Chris Mann as a soft-on-crime liberal Democrat who will let cop killers and mass murderers off easy for their heinous crimes,” she said of the first version of the ad.

The new ad mentioned by Herbert replaced the portion that included Woods with footage of what appears to be a prison inmate.

A source with knowledge of the situation said that the footage in the ad was originally from a documentary about the Carr brothers. It wasn’t immediately clear why footage of Woods’ arrest was included in the documentary. 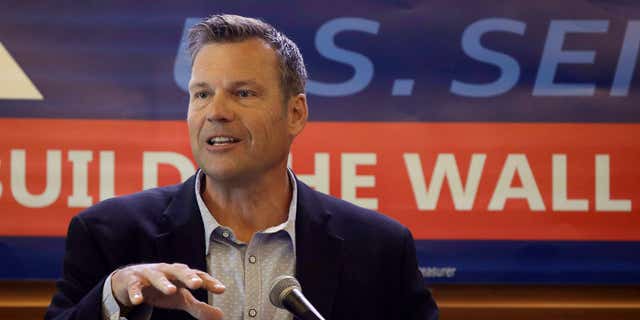 In this July 8, 2019 photo, former Kansas Secretary of State Kris Kobach addresses the crowd as he announces his candidacy for the Republican nomination for the U.S. Senate in Leavenworth, Kan.
(AP Photo/Charlie Riedel, File)

Fox News Digital also reached out to Woods for comment, but didn’t receive a response.