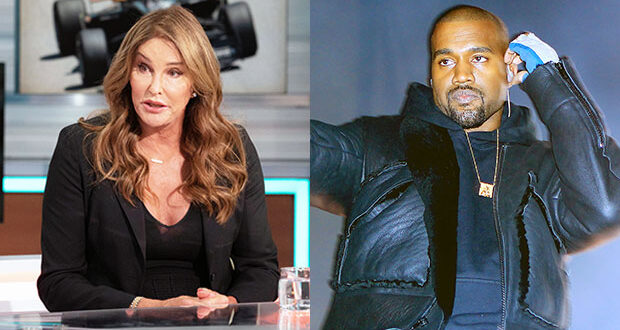 Caitlyn Jenner attempted to clear up any misunderstanding when she was seen rocking a pair of Yeezy sneakers amid her former son-in-law Kanye West’s fallout with Adidas. The athletic brand, which produces Kanye’s Yeezys, cut ties with the rapper on Oct. 25 over his recent antisemitic remarks, and a day later, Cailtlyn slipped on a pair of the famous footwear for a coffee run in Malibu, per photos obtained by the DailyMail.

Anti-semitism has NO PLACE in our society at all. Yes I wore The shoes, but keep in mind @adidas is still selling them… 👀 https://t.co/BSOOkNGQBt

Taking to her Twitter on Friday, Oct. 28, the reality star shot down the idea of her supporting Kanye’s views, and even tried to divert attention to Adidas. “Anti-semitism has NO PLACE in our society at all,” Caitlyn wrote. “Yes I wore The shoes, but keep in mind @adidas is still selling them…”

Although it appeared like Caitlyn was trying to distance herself from Kanye, she had previously sung his praises. “Very complicated guy. I really liked Kanye, I got along with him so well,” she said in May on The Pivot podcast. “The two of us did great together. And, through even when I transitioned, he was so on my side. Loving it.” However, she did mention that Kanye seemed “difficult to live with” while he was married to her daughter-in-law, Kim Kardashian.

Meanwhile, Kanye let his fans know how much his recent incendiary antics has cost him… literally. On Thursday, Oct. 27, the rapper took to his Instagram, which had been temporarily suspended over his antisemitic remarks, and claimed he lost a whopping $2 billion in one single day.

While it is unclear exactly how much damage the Grammy winner will incur financially over the remarks, Forbes reported that Kanye no longer has a place on their billionaire’s list, citing the Adidas schism as a huge loss. The news outlet said on Tuesday that Kanye’s Yeezy line of ultra-expensive sneakers with the sports apparel company was worth $1.5 billion.

The post comes after it was reported that Kanye’s Donda Academy officially shuttered for the rest of the school year. The educational institution’s principal, Jason Angell, sent an email to parents of the students on Wednesday, Oct. 26, announcing the immediate closure “at the discretion of our Founder,” according to TMZ.

The news of the closure is the latest fallout for the “Famous” rapper. Not only did Adidas, Balenciaga and his own talent management CAA drop Kanye after the antisemitic outbursts, he was also escorted out of Sketchers after he showed up unannounced to reportedly pitch his Yeezy shoes.