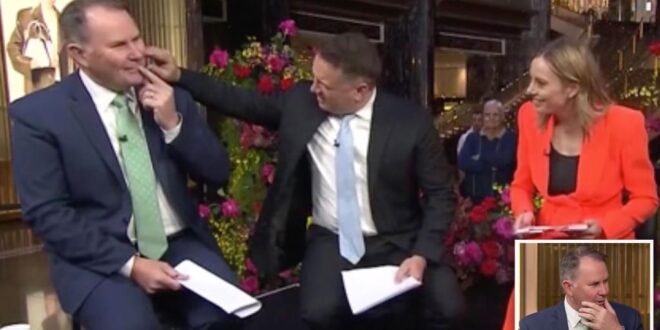 That’s nothing to smile about.

Australian TV sports journalist Tony Jones revealed live on air Friday morning he accidentally lost a tooth. (Melbourne is several hours ahead of the US.)

“Can I just say from the outset, apologies if you say something funny, and I don’t laugh. I’ve had a tooth fall out this morning,” Jones told his Channel 9 “Today” show colleagues Karl Stefanovic and Allison Langdon.

Jones didn’t flash his new grin at the cameras, but pointed out the gap to his fellow hosts. They recoiled at the sight. Jones brushed them off before declaring, “It’s not that bad.”

Langdon pointed out the gap was towards the back of his mouth, emphasizing that “it could be worse.”

“We love you for your personality, TJ,” she added for good measure.

Jones’ speech was slightly affected by the tooth loss, but he carried on like normal during the show. He knows the drill.