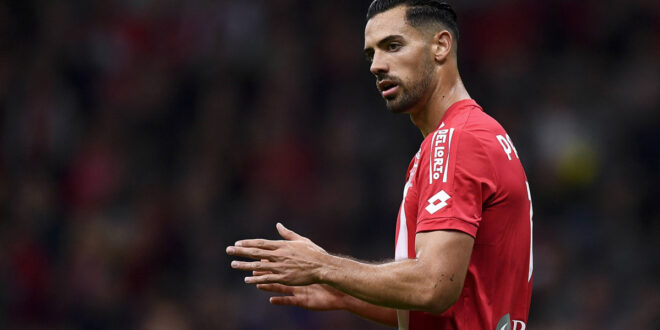 Arsenal’s Pablo Mari Among Those Attacked in Italy Supermarket Stabbing

On Thursday, Arsenal confirmed that defender Pablo Mari is in the hospital after he was one of several people stabbed in Italy. However, the club said in a statement that he “is not seriously hurt.”

“We are all shocked to hear the dreadful news about the stabbing in Italy, which has put a number of people in hospital including our on-loan centre-back Pablo Mari,” the statement read. “We have been in contact with Pablo’s agent who has told us he’s in hospital and is not seriously hurt. Our thoughts are with Pablo and the other victims of this dreadful incident.”

He is one of a handful of people who were attacked in the supermarket in the Milanofiori in Assago, a town in Milan, per The Athletic. A 46-year-old man is reported to have started stabbing customers, including Mari, with two thought to have been seriously injured. Sky Italy reported that six people were attacked, with one who “did not need hospital treatment.”

According to ESPN, one person is reported to have been killed. The alleged attacker was handed over to the local police.

After Arsenal’s 2–0 loss to PSV Eindhoven in the Netherlands on Thursday, Arsenal manager Mikel Arteta was asked about Mari’s condition.

“I just found out — I know [Arsenal technical director] Edu’s been in touch with his relatives,” he said. “He’s in hospital and seems to be okay but I’ll have a briefing now about the situation in what happened. We’ll be in touch with him and hopefully he’s okay.”

Monza chief executive Adriano Galliani told Sky Italy that it’s a “fairly deep wound” in Mari’s back but it “fortunately did not touch vital organs such as the lungs or others.”

Previous Pablo Mari: ‘I was lucky’ – Arsenal defender on Italy supermarket stabbing
Next Redmi says its new phone can be charged in nine minutes at 210W