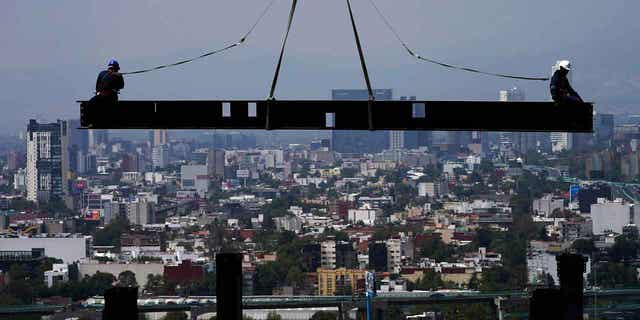 Mexico’s Senate approved a bill Wednesday to eliminate daylight saving time, putting an end to the practice of changing clocks twice a year.

Some cities and towns along the U.S. border can retain daylight saving time, presumably because they are so linked to U.S. cities.

The Senate approved the measure on a 59-25 vote, with 12 abstentions. Those who opposed the measure said that less daylight in the afternoon could affect opportunities for children and adults to get exercise.

The bill already passed the lower house of Congress and now goes President Andrés Manuel López Obrador to be signed into law.

The law would go into effect Sunday, when Mexico is scheduled to turn clocks back for the last time.

Construction workers ride on a beam hanging from a crane at the construction site of a residential high-rise building in Mexico City on June 17, 2022. Mexico’s Senate approved a bill on Oct. 26, 2022, to eliminate daylight savings time.
(AP Photo/Marco Ugarte, File)

The measure would mean darkness falling an hour earlier on summer afternoons.

Economists argue that, while the energy savings are minimal, going back to standard time might cause trouble for financial markets in Mexico by putting U.S. East Coast markets so far ahead.

And businesses like restaurants that have become accustomed to staying open later may have to close earlier as many crime-wary Mexicans often try to be off the streets after dark.