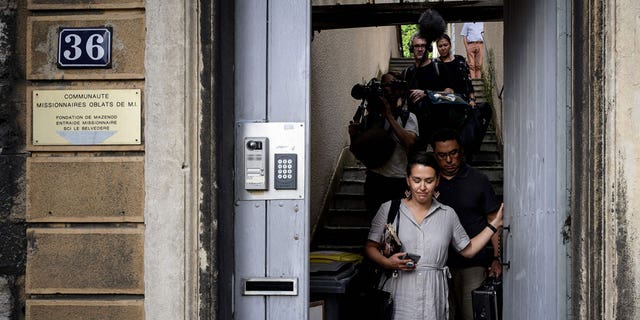 The Canadian government said Wednesday that France has denied an extradition request for Johannes Rivoire, a former priest accused of crimes against children in the northern territory of Nunavut.

The Public Prosecution Service of Canada made the extradition request for Rivoire, who was in Canada from the early 1960s until 1993 but now lives in France.

Rivoire, who has denied any wrongdoing, is wanted on a Canada-wide warrant after being charged in February with one count of indecent assault on a female. The alleged victim was a child at the time of the offense, which occurred between January 1974 and December 1979.

JULIAN ASSANGE EXTRADITION TO US APPROVED BY BRITISH GOVERNMENT

“All potential legal recourse to obtain Johannes Rivoire’s extradition from France or prosecution in France are exhausted,” the release said.

Members of the Inuit delegation exit a religious congregation in Lyon, on Sept. 14, 2022. Members came to France to ask for the extradition of French-Canadian priest Joannes Rivoire, accused of sexual assault against children.
( Jeff Pachoud/AFP via Getty Images)

Minister of Crown-Indigenous Relations Marc Miller says in a tweet that it is heartbreaking to see “this grave injustice continue.″

Rivoire, who is in his 90s, had previously avoided trial for multiple allegations of sexual abuse linked to his time as a priest in Nunavut.

A 10-member delegation representing Nunavut Inuit traveled to France last month and met with Rivoire hoping to persuade him to return to Canada.

The prosecution service said it is working with the RCMP for Interpol to issue a Red Notice which would allow Rivoire to be arrested in any other country.

Previous 15 migrants stopped in stolen bucket truck in Texas after police chase, as border numbers surge
Next Here’s how many ballots have been cast so far