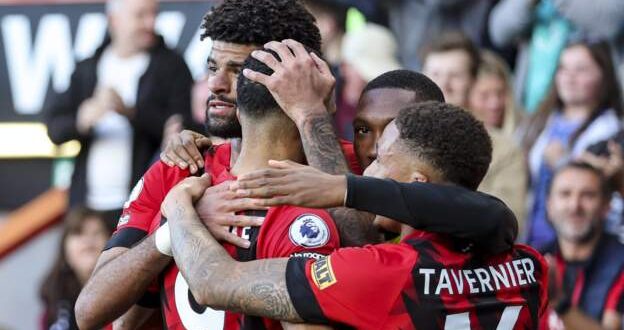 Bournemouth players will no longer walk out to Kanye West’s song ‘Power’ at the Vitality Stadium.

The decision comes after the American rapper, who legally changed his name to Ye, posted anti-Semitic comments on his Twitter account.

It is understood the issue was discussed by the club on Thursday.

The Cherries have used the song for a number of years and it is not known what will replace it when they play Tottenham at home on Saturday.

Ye has been involved in a series of controversial events after he wore a ‘White Lives Matter’ T-shirt to show off his latest Yeezy brand collaboration with Adidas at Paris Fashion Week.

Clothing giant Adidas cut ties with Ye, saying it does “not tolerate antisemitism and any other sort of hate speech”.

Other major brands and organisations have distanced themselves from the 45-year-old Grammy award-winning artist.

Madame Tussauds in London has removed his waxwork and his talent agents CAA have cut ties with him.