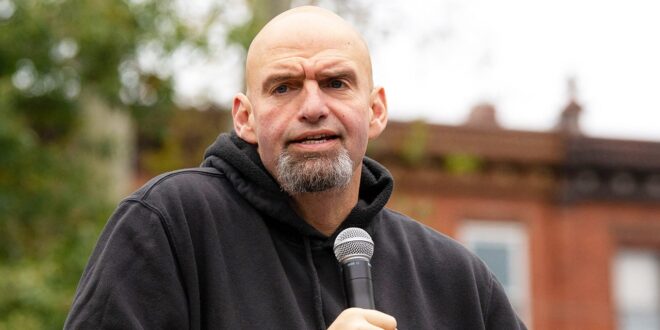 Pennsylvania Senate candidates Dr. Mehmet Oz, a Republican, and John Fetterman, a Democrat, sparred over abortion during their one and only debate on Tuesday.

Oz took aim at Fetterman’s ads attacking him over the issue of abortion, calling them “dishonest” and decrying the Democrat’s stance on abortion as “radical” and “extreme.”

The GOP candidate reiterated several times his opposition to the federal government dictating states’ regulations on abortion in response to .

PENNSYLVANIA DEBATE OR POLITICAL CHARADE? VOTERS WEIGH IN AHEAD OF OZ-FETTERMAN SHOWDOWN

Oz was also asked if he would support Senator Lindsey Graham’s, R-S.C., bill in the Senate that would ban abortion after 15 weeks of pregnancy.

The Republican candidate responded that any “bill that violates what I said” about the federal government’s involvement in abortion at the state level he “would vote against.”

Oz’s response did not address Graham’s bill specifically, and when pressed, the GOP candidate defended his response to the question and signaled his opposition to Graham’s bill if it goes against his abortion stance.

The Republican also said that abortion should be a conversation between “a woman, her doctor, and local political leaders.”

Fetterman, meanwhile, would not say when he believes the limits should be, instead reiterating that he would support codifying Roe v. Wade.

Abortion continues to remain a Democrat wedge issue as the blue party looks to go after GOP candidates over their stances on the issue and the overturn of Roe v. Wade.