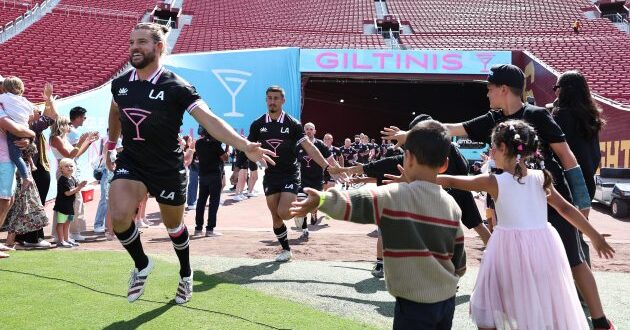 The competition will now feature 12 teams, including a new expansion side

It’s goodbye to America’s major league franchises in Austin and Los Angeles as it was made official today that the Gilgronis and Giltinis are out of MLR.

The governing body confirmed that due to “uncertainties surrounding Austin and Los Angeles’ team ownership” the pair were out. The new season will feature 12 teams in a two-conference competition, with the 11 other teams who competed in 2022 returning, and an expansion team “in a new market” joining the competition. It is heavily rumoured that the new side will play out of the Chicago area.

Both sides – named after drinks honouring entrepreneur owner Adam Gilchrist – were disqualified near the end of the last MLR season. With this latest twist, calls have been made to ensure all involved with the franchises are looked after as the teams were taken out of the division.

The league has declared their intention to have a ‘dispersal draft’ for players from the Austin and Los Angeles set-ups, which would see talents offered positions at other teams if they are interested and capable of moving their lives to a new area of the United States.

Giltinis won the Major League Rugby title in 2021, propelled by some Australian superstars in Matt Giteau, Adam Ashley-Cooper, Dave Dennis, and Billy Meakes. It felt like a quick response to the question: Can you make rugby in LA a success? However, just a year later they are no longer in MLR.

“While we understand that this news is disappointing for the fans, players, and stakeholders of these two teams, this decision was made after much deliberation and counsel, and with the best interests of the league in mind,” MLR commissioner George Killebrew said in a statement on Tuesday. “Our league is invested in long-term success. It is vital for us to give our teams and their loyal fanbases the best chance of succeeding both on and off the field in 2023.”

Previous Jan. 6 Committee subpoenaed Trump. What happens next?
Next Democrat praises Trump for calling out TikTok as a national security risk