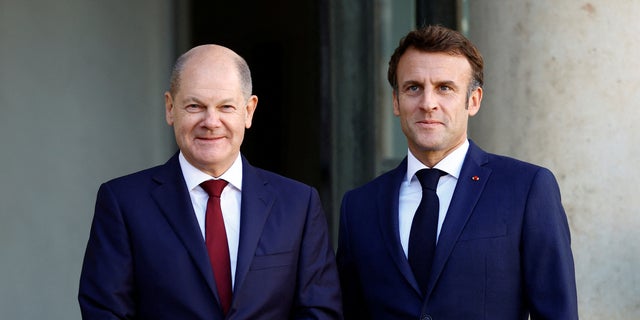 France and Germany face a difficult path as the two leaders appear to remain at odds ahead of a crucial meeting as Europe faces tough choices on China and a looming energy crisis.

German Chancellor Olaf Scholz traveled to Paris on Wednesday with a press corps, intent on a sit-down meeting with French President Emmanuel Macron, but Macron’s camp said there was no planned press conference, Politico reported.

The two leaders will now meet for a “working lunch,” which may now serve as a downgraded replacement for a scrapped cabinet meeting. The move would serve as another indicator that relations between two of Europe’s biggest economic powerhouses are not as they once were.

Sandra Weeser, a member of Germany’s Free Democratic Party who also sits on the board of the Franco-German Parliamentary Assembly, said there has “presumably been a lack of contact and exchange between the respective new government teams” of each nation. Macron has allegedly expressed disappointment with Scholz for not working to foster a better personal relationship like the one Macron had enjoyed with the previous German Chancellor Angela Merkel.

But Macron and Scholz have clashed over a number of topics, including how to handle Europe’s looming energy crisis and growing interest in Europe from China.

Chantal Kopf, a member of Germany’s Greens party and another member of the Franco-German Parliamentary Assembly, said he understood that French lawmakers wanted to “closely” coordinate responses on these issues.

Germany, however, has pursued what Weeser calls a “go-it-alone” attitude on gas price brakes and a lack of support for “joint European defense technology projects,” but she also accused Paris of dragging its feet on new pipeline projects.

The two nations have differed on how to approach nuclear energy, with Germany intent on closing down its remaining nuclear power plants until the Russian invasion of Ukraine drove up energy prices and forced German lawmakers to rethink their approach and order two of the last three plants to remain open.

France has meanwhile pursued a path to open new nuclear power plants even before the invasion started. 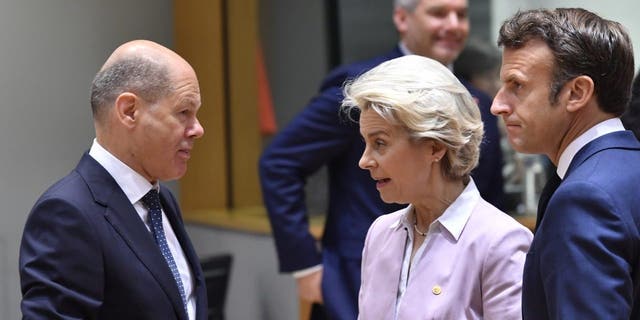 The two nations also widely diverge over how to handle China, with Germany approving the purchase of a 24.9% stake in Hamburg port Wednesday after Scholz approved the move. The approval of Cosco’s purchase in the port – down from the initially proposed 35% – prompted immediate and “unprecedented” protest within the government, Reuters reported.

The investment “disproportionately expands China’s strategic influence on German and European transport infrastructure as well as Germany’s dependence on China,” according to the German foreign ministry, which drafted a document to note its repeated rejection.

Macron last week questioned the deal, arguing it made “essential infrastructure” vulnerable to Beijing, and saying Europe remained “naïve” toward Chinese purchases “because we thought Europe was an open supermarket.” 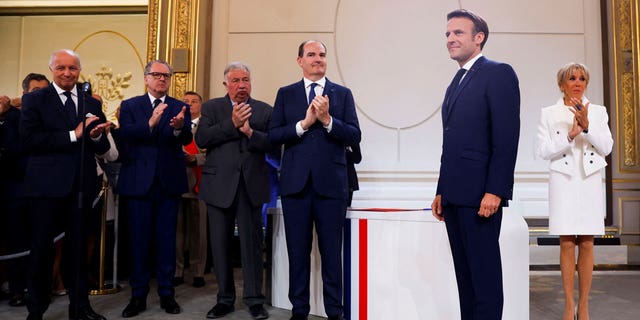 French President Emmanuel Macron at the Elysee Palace, in Paris, May 7, 2022.
(Gonzalo Fuentes/Pool via AP)

Tensions first started to boil over last month when Macron and Scholz did not meet to commemorate the Sept. 9 anniversary of a famous speech by former French President Charles de Gaulle in the German town of Ludwigsburg. Each side presented conflicting accounts as to why the meeting did not happen.

And Scholz apparently snubbed French Prime Minister Elisabeth Borne when he was unable to meet with her in Berlin: The original meeting was abandoned due to Scholz testing positive for COVID-19, but he then canceled a subsequent video call because he claimed he felt too sick. However, he appeared later that day via video to give a press conference to announce a €200 billion energy relief package.

French officials expressed great disappointment in Germany’s actions, particularly as they had not learned about the package until Scholz announced it. “We learnt about it in the press. That’s not the done thing,” a senior French official said.

Reuters contributed to this report.