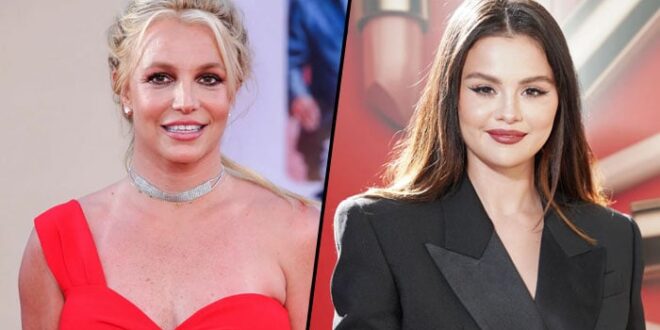 Britney Spears is known for her unfiltered captions on social media. On October 25th, the crooner shared a snapshot of herself in a bright red bikini.

According to some fans, the caption of her post, which she has now removed, targeted Selena Gomez.

“Don’t you just love the nerve of women who stand firmly getting awards and speak on their beliefs about not showing their bodies on instagram [sic] ???!!!!! They say ‘This is NOT something I would do’ yet those women are the very ones who get 4 million dollar budget videos made about sucking and licking on homemade ice cream !!!!”, the caption began.

“These other girls have nothing but beautiful bodies !!!! Who cares if the flaunt it ??? THEY SHOULD !!! So the next time I see someone with a big budget video sucking on lollipops yet giving righteous speeches shaming other women for exposing their bodies, I would like to tell those people don’t be a hypocrite as you suck on your lollipop having HUGE budget dreams … why would you stand firmly against girls getting attention JUST LIKE YOU and they have absolutely nothing ????”

While the Toxic singer did not name anyone in particular, fans were quick to pick up on some clues. Some believed that Spears was referencing Gomez’s 2016 AMA Speech where she mentioned people posting their bodies on Instagram.

“I don’t wanna see your bodies on Instagram, I want to see what’s in here,” the Fetish singer said while motioning to her chest. “I’m not trying to get validation, nor do I need it anymore.” Towards the end of the speech, Selena went on about those who are “broken” and that they “do not have to stay broken.” She also added that whether or not people respect her, she cares “about people,” detailed HollywoodLife.

One fan speculated that another jab was at BLACKPINK’s Ice Cream music video, which featured Selena in 2020. Gomez and the band are seen in skimpy clothing. “Come off it already. She’s throwing shade at Selena. For no reason. That’s why she keeps bringing up Justin Bieber. Btw she’s talking about Selena and Black Pink’s ‘Ice Cream’”

Another said, “You completely misunderstood what Selena said and weirdly took it personally, holding onto a grudge over it. Not everything is about you.”

While Spears has not made a comment on the matter yet, she also removed the entire caption and edited it with three rose emojis.