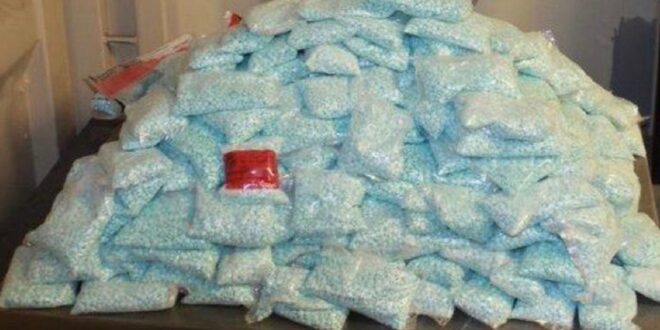 More than half a million fentanyl pills were nabbed by Arizona Customs and Border Protection (CBP) officials in one port of entry alone in a single weekend, as the U.S. looks to tackle an ongoing opioid crisis.

CBP in Nogales, Arizona announced that on Saturday it stopped three loads of fentanyl, including 114,800 pills in a dashboard and 297,000 pills stashed in a car coming across the border.

On Sunday, agents stopped two more loads — including 134,200 pills found in the rocker panels of a car.

Combined, agents confiscated approximately half a million fentanyl pills, 60 pounds of meth and 10 pounds of cocaine during the busy weekend for agents.

Officials have warned of a spike in deaths linked to the illicit drug — which is 100 times more potent than morphine and can be fatal in small amounts. The drug is created primarily in Mexico using precursors from China, and it is then transferred across the land border of the U.S.

Of the 108,000 overdose deaths last year, more than 80,000 were linked with opioids like fentanyl, which is often cut into other drugs, making users unaware that they are ingesting the opioid. 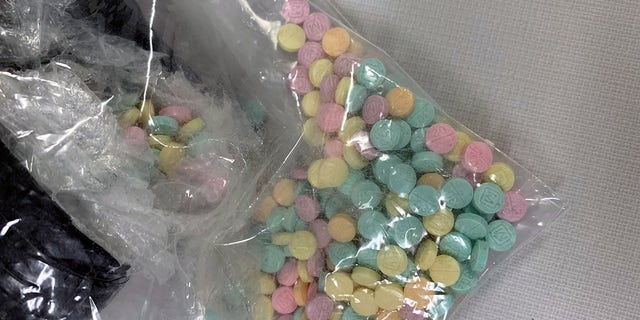 A bag of rainbow-colored fentanyl pills. On Monday, Texas authorities said 336 million lethal doses of fentanyl has been seized since the start of a border security initiative earlier this year.
( U.S. Drug Enforcement Administration)

The White House has said it is tackling an “overdose epidemic” and adopting an approach that includes increased technology at ports of entry, efforts to stop smuggling and criminal gangs, investments in drug control programs — as well as treatment of those affected by addiction.

Meanwhile, lawmakers on both sides of the political aisle have been warning about the risks of “rainbow fentanyl” — which comes in brightly covered forms in order to appeal to children and young adults.

Previous North Korea warned of ‘unparalleled’ response from US, Japan, South Korea if it launches a 7th nuclear test
Next Jan. 6 Committee subpoenaed Trump. What happens next?