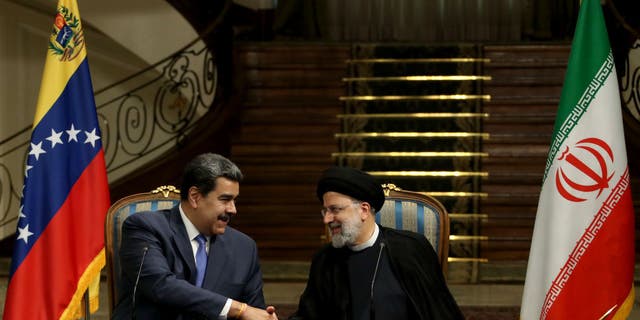 Iran and Venezuela strengthen dangerous military, economic alliance in challenge to US

In a move widely lambasted by Republicans, President Biden recently sought to resume Venezuelan oil imports in exchange for a promise of free and fair elections in 2024, a move which critics argue would only strengthen the hand of the Nicolás Maduro dictatorship. The move comes at a time of closer relations between the two U.S. enemies.

Iran and Venezeula, both petroleum-rich OPEC members with international pariah status, have recently found solidarity in coordinated geopolitical, economic, and military maneuvers against shared common enemy the United States, which has subjected them to a regimen of economic sanctions for years.

Ties between the nations were close under Venezuela’s socialist president Hugo Chavez, but strengthened further under Maduro, who has sought a lifeline from Iran’s Islamist regime.  While Venezuela enjoys what are believed to be the world’s largest petroleum deposits, years of mismanagement, corruption and maintenance issues have dramatically hampered its production and refining capabilities.

Former diplomat and current Venezuelan political dissident Isaias Medina views the alliance as a clear and present threat to the United States: “In my opinion, the countries of the Axis of Evil are increasing their presence on Venezuelan territory to strengthen their state policy of pursuing de facto control of a government that is based on asymmetric warfare against the West…this is where the interests of Venezuela-Iran -China-Russia-Cuba align.” Medina quit his position with the Venezuelan mission to the UN where he served in a senior position over Maduro’s policies.

Geopolitical analysts have noted that the Maduro regime is now pursuing a policy which offers economic and territorial control to rogue states in exchange for access to its vast resources, including petroleum, gold and potentially even uranium.

VENEZUELA’S OPPOSITION PRESSES U.S. TO HOLD OFF ITS CONSIDERATION OF OIL IMPORTS

In June of this year, Venezuela and Iran signed a 20-year cooperation plan which involves Iranian assistance in repair and maintenance of existing Venezuelan refineries, as well as other technical and engineering expertise. The two nations also signed a deal whereby Iran will deliver four oil tankers to Venezuela through the Iranian company SADRA. Weekly flights between Caracas and Tehran commenced in July, prompting speculation that cargo could include military hardware.

Currently, Venezuela lacks both the investment capital and the expertise to resurrect its once formidable oil industry.  With Russia’s Rosneft sidelined by U.S. sanctions, the Maduro regime has looked to Iran to step into the gap. Iran has sent fleets of fuel-laden tanker ships to alleviate Venezuela’s crises before, and also helped to export Venezuela’s crude in the face of crippling U.S. sanctions that have to some degree scared off both Russia and China, long term allies.

One curious new feature of the Iran-Venezuela relationship involves a new supermarket, Megasis, launched in 2020.  Perched on the eastern edge of Caracas, the 200,000 square foot megastore sits next to Venezuela’s largest and most notorious slum, Petare, where it stocks a dazzling array of over 2,500 Iranian products, many considered novelties to its new customers. 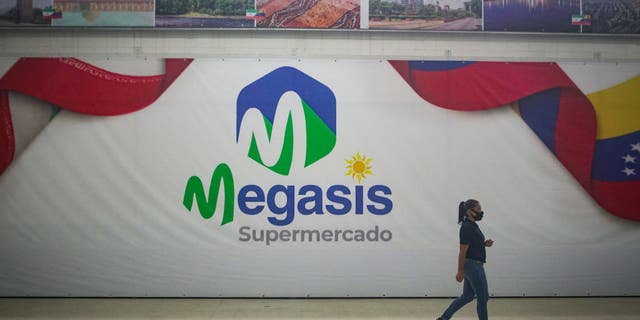 A woman goes to the Iranian supermarket “Megasis” after its opening July, 30, 2020, in Caracas, Venezuela. “Iran, as well as every country in the world, has a right to free trade,” said Iran’s ambassador to Caracas at the opening. Tehran had recently sent five tankers full of gasoline to Venezuela.
(Photo by Rafael Hernandez/picture alliance via Getty Images)

However, Medina deems the venture, “another smokescreen to disguise their true intentions…profitability is not their interest, it is merely the public face hiding the true agenda behind the ‘supermarket’: arms agreements, training, exchange of strategic resources, oil, and military hardware on the one hand, and maybe even uranium on the other.”

VENEZUELA’S OPPOSITION PRESSES U.S. TO HOLD OFF ITS CONSIDERATION OF OIL IMPORTS

Iranian dissident Banafsheh Zand views the supermarket itself as a public relations ploy, designed to obscure the more nefarious intents on the part of both regimes: “It’s designed to show (the Venezuelan people) …we are so competent and good at foreign relations, we actually have friends that come and help us…people who care about the people of Venezuela.”

However, given the current economic hardships and deprivations in Iran, Zand argues that it is an unseemly vanity project.

“This is the ultimate show of just who these people are. In Iran, the price of regular staples is through the roof; an egg costs the equivalent of $5… It’s a cute way of giving the finger to the rest of the world.”

Venezuela saw the U.S. and most of its allies recognize opposition leader Juan Guaido as president, while Maduro and top lieutenants have been indicted by the U.S. Justice Department on drug trafficking and money laundering charges. 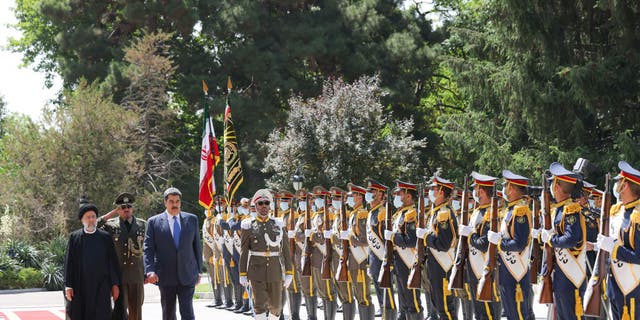 Iran is currently seeking to renegotiate the Iran Nuclear Deal with the Biden administration, despite strident objections from Congressional Republicans and some Democrats.  It is also under threat from violent protests which have swept the nation in recent weeks.  Iranian President Ebrahim Raisi blamed the U.S. for the unrest, alleging that it sought to spread “chaos, terror, and destruction.”

With constant flow of tankers, cargo ships and planes between the two countries, the supermarket is likely a small piece in a much more nefarious geopolitical battle involving money laundering, arms trafficking, drug trafficking, and dictatorship.

Medina argues that the Venezuela-Iran relationships involves, “uniting strategic pieces converging against Western interests: Venezuela is the headquarters of these countries of the Axis of Evil, seeking to gain ground in South America and destabilize the West.”

The Venezuelan government’s intent also involves infiltrating the United States.  Zand alleges, “the government of Venezuela creates fake passports for Iranian, Syrian, Yemeni nationals” in order to facilitate their movement into and throughout the West, yet “the Biden administration is willing to make a deal with a regime that does this.”